The novel coronavirus has caused much tragedy and heartache, but it has also led to an uptick in interest in aliyah around the world. Almost every group involved in helping people move to and settle in Israel has reported a 100-200 percent increase in the number of aliyah inquiries it has received.

To learn more about the aliyah prospects from various countries around the world – and why they aren’t even greater than they are now – The Jewish Press recently spoke to a number of officials, activists, and community leaders.

“The situation in France is worsening every day – both economically and with outright anti-Semitism, not to mention the corona epidemic,” said Jerusalem attorney Nili Naouri, who heads Israel Forever, a grassroots aliyah organization. “The French government has surrendered to the Islamic invasion. The Jews of France live in self-made ghettos, but the ghetto walls are rattling and crumbling.”

She says nearly half of French Jewry are interested in making alyah, but Israel “has not made the efforts to prepare the foundations for a successful mass aliyah, geared for the special needs to French olim.”

“The bureaucracy involved is enormous,” she said. “Second, in many cases, potential olim discover that their education degrees and professional work experience are not honored. Third, there is no official employment agency to help them find work.”

Rav Yosef Zini, an oleh from France and the spiritual leader of the Eder HaYakar Synagogue in Ashdod, said in reference to French Jews who aren’t interested in aliyah: “The rabbis in France don’t encourage aliyah because they don’t believe the Jews are in danger there. Just a few days ago, a group of them wrote to me, asking how they could inspire Jews to put on Rabbeinu Tam tefillin. This is what they are concerned about!

“When I speak to them about aliyah, they maintain that as captain of the ship, they can’t abandon the passengers, but when the boat is already half sunk in the sea, the captain has to save whomever he can, and the only way to save the Jews in France from assimilation is by getting them to immediately come on aliyah….

“Every Jew who speaks Hebrew and who is willing to take any job to survive is promised that he won’t go without bread. It’s true that Israel has economic problems, but…the Land of Israel is like a woman who gives birth. When the child arrives, suddenly she has milk to feed the baby.”

“The Jews here generally enjoy a good parnassa and lifestyle,” said Yaacov Fridlin, who runs the “Sefer” Jewish publishing house in Brazil. “Of the 100,000 Jews in Brazil, some 80,000 live in Sao Paulo and Rio de Janeiro. Aliyah numbers have never been high, and most of the people moving to Israel today began the process before corona began.

“The worsening economic situation has caused a greater interest, and shalichim from Israel working with the Jewish Agency have managed to put aliyah on the map, but in the minds of most people, Zion remains far-far away.”

“I spoke to all the Jews I could, telling them to hurry and make aliyah to Israel, but most of them replied that the epidemic will pass and the economy will bounce back,” he said. “It is funny to me – a convert telling Jews to make aliyah. When I tell them that I love the Holy Land, they look at me like I am some kind of kook – not Rabbi Kook. Most Jews in Brazil have never heard of him.”

Last week, David Bitan, head of the Knesset Committee on aliyah and klitah, announced that this year’s 25-percent cut in the budget of Nativ – a quasi-government agency that handles aliyah from the former Soviet Union – will make it impossible for the agency to carry on its work.

Rav Yosef Mendelevich, who served 11 years in Soviet prisons for attempting to hijack an airplane to fly to Israel in 1970, said “a budget cut to Nativ could be welcome in limiting the number of non-Jews entering Israel, but it would also decrease the number of Jewish olim.”

He said, “Some non-Jews convert in Russia, and others after they arrive in Israel. The seriousness of their Jewishness is a big debate, but most are at least patriotic Israelis. Whether their ‘Jewishness’ can be solidified by Jewish education in Israel is dubious considering the negative influence of radical liberal organizations inside of the country with aggressive anti-Jewish agendas. At present, no one has a viable solution.”

Approximately 500 Jews move to Israel every year from England, which has a Jewish population of 250,000. When asked why more don’t come, Dov Newmark, who heads Nefesh B’Nefesh operations for the United Kingdom, said, “You have to remember that we are not selling something like cars, which most people want. For you and me, who are living in Israel, we experience the advantages of Jewish life in the Jewish homeland, but for Diaspora Jews, aliyah is a formidable, life-changing experience.”

He added, “At Nefesh B’Nefesh, we emphasize that olim are not running away from something, but rather ascending to a new high in life. But expectations have to be realistic for a successful aliyah.”

Nefesh B’Nefesh, which aids American immigrants throughout the aliyah journey, has booked seats on 14 special El Al flights this summer. Nonetheless, only 1/20 of one percent of American Jewry makes aliyah every year.

Asked what could be done to encourage more aliyah among American Jews, Yael Katsman, Nefesh B’Nefesh’s director of public relations and communications, said her organization only focuses on “those individuals who have expressed interest in exploring their options of moving to Israel.”

Rabbi Nachman Kahana, the author of Mei Menuchot, brother of the late Rabbi Meir Kahane, and an oleh from America who headed the Young Israel in the Moslem Quarter of the Old City for 30 years, gave a far less diplomatic answer: “Before we come to the conclusion that rabbis should be encouraging aliyah, let’s take the initial step that rabbis should cease to discourage it. With every new community shul they build in the Diaspora, with every new mikveh and day school they open, they hammer another nail in the coffin of aliyah,” he said.

“Any rabbi who thinks he can stem the tide of assimilation or [anti-Semitism] should review history books detailing our sad sojourn in all the galiyot that we were in,” he added. “We are not contractors for Hashem to save the Jewish nation. Each one of us has a personal duty to fill the mitzvot, and the Torah commandment to dwell in Eretz HaKodesh is, according to Chazal, equal to all the other precepts combined.”

Aware of this maamar Chazal and others, Joshua Wander, a Jerusalem resident, has recently started an organization called Bring Them Home to encourage aliyah. “I grew discouraged with the non-aggressive policy of the Jewish Agency and Nefesh B’Nefesh,” he said. “They help people who express an interest in immigrating to Israel, but don’t do anything to reach out to new audiences.”

He added, “Myriads of Jews in America are ignorant of the truly Jewish spirit of life in Eretz Yisrael…of the spiritual advantages just being in the Holy Land…. Our outreach and advertising campaign is aimed at the yeshivish world – Jews who may not be Zionists, but who aren’t opposed to the State of Israel and who haven’t been taught the large body of Torah that underscores the centrality of Eretz Yisrael to Jewish life.”

“No one has ever reached out to enlighten them of the true miracle of Israel’s revival in Zion in our time and its significance to our long-awaited redemption,” he said. “[But] when you explore the sources, it turns out that a long list of gedolei Yisrael taught that living in the Land of Israel is a Torah commandment in all generations and stressed the necessity to play an active part in the rebuilding of the Jewish nation in the Holy Land.”

Another organization that promotes aliyah among charedim is Elisha Bruck, who is originally from Boro Park but now is a resident of Beit Shemesh in Israel. He said his organization, Kedushat Tzion, doesn’t focus on “Medinat Yisrael” as such. “We don’t get involved with politics,” he said. “We believe in a Torah state and teach about the exalted level of Eretz Yisrael and the importance of aliyah.”

“We publish a pamphlet each month and distribute it to charedi communities here and in the United States,” he said. “We work in conjunction with a group called Naava Kodesh, which reaches out to the charedi world with its excellent website on frum aliyah.

“There is a lot of false information about Israel circulating throughout charedi communities in America, and we try to set things straight – distorted notions like everyone is secular in Israel, and that the army strips soldiers of their Yiddishkeit, that you can’t make a parnassa, and that the government hates the ultra-Orthodox when in truth the government of Israel is the number-one benefactor of charedi yeshivot and Torah institutions in the world.” 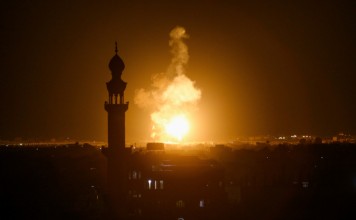 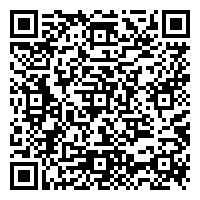