Charedi communities in Israel are being hit hard – both by the coronavirus and by critics who claim they allowed the epidemic to spread through their ranks by not adhering to the Israel government’s health guidelines.

To get an insider’s perspective, The Jewish Press recently spoke to a leading member of the Chevra Kadisha Society in Bnei Brak. He is a Vishnitzer chassid whom I have known for many years, but he asked to remain anonymous – due to genuine modesty and a reluctance to talk about internal community affairs.


Do you think the large celebrations on Purim– in synagogues, yeshivot, and large family seudot – and customary Purim hugging on the street contributed to virulent spread of the virus?

Absolutely. One reason is because very little was known about the virus at that time, especially in the charedi community. There is a big difference between hearing about the threat of an invisible plague in China and actually seeing a victim rushed to the hospital unable to breathe.

Coupled with that was the belief that the mitzvos of Purim and the exalted joy of the holiday would protect the Jews, just as Hashem had saved the Jews in the past.

Nonetheless, after the megillah reading, the Admor of Vitznitz didn’t allow his chassidim to approach him and shake his hand. People had to stand several meters away and merely nod their heads. He wanted to teach them by example.

And, instead of allowing his gabba’im and students to accompany him when he walks on the street, he insists that everyone keep a distance, not out of self-concern, but to teach others the importance of adhering to the rules and regulations of the Health Department.

The media in Israel offer a much different impression, portraying the charedi community as being scornful of and indifferent to government-imposed regulations. For instance, they broadcast scenes from the crowded funeral of Rabbi Zvi Shenker on Motzei Shabbat in Bnei Brak, which drew condemnation from every corner.

In my opinion, that is all a part of the Lieberman-Lapid, leftist charedi-bashing we have been exposed to during the last three election campaigns. Before the funeral, I spoke to the police and warned them what to expect from the hardcore of crazies. I even suggested we park a decoy hearse in front of the place of taharah and exit through the back of the building, in an ambulance straight to the cemetery.

But they didn’t understand the need, or didn’t trouble themselves to understand. The mob that crowded around the stretcher belonged to the core zealots of the Peleg Yerushalmi, a group of unstable, lawless individuals who make a name for themselves by being against everything: against the State of Israel, against Zionism, against the police and army, against gedolai hador, against negotiation, against common sense – against, against, against.

Most of the mourners who came to pay their respects stood in an orderly fashion on the sidewalk, at a safe distance one from the other, but that wasn’t shown on TV. I went ahead with the family to the gravesite and performed the customary kriah for them even before the body arrived so that we could do the burial as quickly as possible.

I also locked the front gate of the cemetery when we were inside. The ambulance came through a rear gate, a kilometer and a half from the main entrance. Only a few diehards managed to breech the cemetery fence.

The police remained in their vehicles, not wanting to wrestle with the zealots and suffer possible virus contamination. I ran after the few young people who approached the gravesite, screaming, “Murderers! Murderer!” and chased them away.

But, in general, except for those madmen who drew all of the negative attention, instead of the 20,000 mourners who normally would have turned out for the funeral of a noted rabbi, only 5,000 turned out, and the vast majority stood on the sidewalk in an orderly fashion as the body passed by.

Did the Chevra Kadisha workers take special precautions during the funeral and burial?

We wore gloves, but not because of the body. Rabbi Shenker died from cancer, not from the coronavirus.

How do you explain that charedi communities like Bnei Brak, Mea Shearim, Kiryat Yearim (Telz-Stone), and Kiryat Sefer have been the hardest hit?

One reason is because these communities tend to be compact and densely populated. Another reason is the celebration of Purim and the crowds in large shuls, and the sardine-like minyanim in shteibels. Plus the fact that there are big families who have a lot of interaction and visit each other often. If you don’t know that you are a carrier, you can easily spread the virus.

I am sure that a lot of charedi-owned stores and businesses remained open too long, but that also happened in secular locations until the authorities shut them down. Right now, looking out my window at a usually crowded Bnei Brak street, you can see people pulling small grocery carts to buy food here and there, but most people are home.

Our shul has been closed for two weeks, my married children no longer come to visit because of the danger of contamination, my wife’s aging parents are all alone, and we will be alone for the Seder except for our youngest, who is still living at home.

When anyone of us returns home from outside, we all discard our plastic gloves before entering the apartment, then scrub our hands, shower, and put on new fresh clothes. How can the media say that we don’t follow the regulations?

One of my old yeshiva buddies, Yosef Perl, is a shochet. Educated in Religious-Zionist yeshivot, he became charedi after he married, and sends his seven children to Haredi schools.

The Jewish Press: Where were you when the coronavirus pandemic broke?

In northern France [in a ritual-slaughtering factoring]. Immediately when I heard about the virus, I returned to Israel, baruch Hashem, and entered a two-week isolation period in our home in Beit Shemesh.

What does the epidemic mean for the future of the glatt-kosher meat industry?

Right now, since many of its workers are from Israel, the glatt slaughterhouse in France is closed. I have been told that there is enough frozen glatt meat in Israel to last a good while, but since factories where I have worked have also been closed in South America, I don’t know what will be in the future if, Heaven forbid, the epidemic continues.

Why in your opinion has the charedi community has been hit harder by the coronavirus than other segments of the population?

For example, the anti-Zionist, anti-state community turns a deaf ear to government pronouncements, whether they come from the Health Hepartment or the Israel Chief Rabbinate, whom they consider [to be a bunch] of Reform rabbis.

Personally, I don’t feel this way, but many charedim do. This lack of recognition and allegiance to the treif State of Israel and its agencies also exists amongst the general, less extremist charedi communities. Thus, when the Department of Health and Chief Rabbinate first ordered that yeshivas and Talmud Torahs be closed, and warned the populace not to pray in synagogues and crowded minyanim, the Torah leaders of the charedi community told their communities to carry on as usual.

In my opinion, this stemmed from their belief in the supreme value of Torah study and worship, and in the paucity of information they had about the epidemic. The Torah gedolim are not connected to the media around the clock. Generally, for information about the outside world, they rely on their aides, many of whom share the general disdain for the medinah and often belittle its authority over civilian affairs.

Only after delegations of charedi doctors and charedi officials from the Health Department, like the charedi Minister of Health, Rabbi Yaacov Listman, spoke with them and explained the situation did they immediately order their followers to strictly follow the health regulations related to the corona epidemic, going so far as pronouncing that people who acted against the restrictions and health guidelines had the decree of rodef, someone who seeks to kill others, which is a dramatic and definitive decree.

Yosef’s wife, a high-school teacher, had a different explanation. Over the phone, she told me:

It is easy for some health official, sitting in a quiet and comfortable office, to order parents to babysit for their children at home. If you are a family in Tel Aviv with one girl and a dog, then it isn’t the most difficult challenge.

But if you have a pantry-full of 11 children, or 14 children, like one of our neighbors, then being at home with the kids in a small crowded apartment, everyone can go crazy – the children and the parents together. That’s one of the main reasons why you still see charedim out on the street. 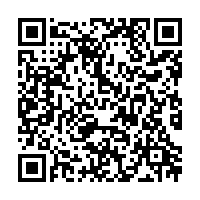