Another voice has entered the online discussion about Bible Criticism and orthodox Judaism. Professor Jacob L. Wright is an orthodox Jew who has studied, taught, and written extensively on Bible Criticism.

He made waves Pesach time when he published a provocative article on the Huffington Post where he talked about “The Myth of Moses.” In his article he explained that his view of the Bible is that it is a composite work with each layer added for a specific reason. In the Moses story, there was a need to justify the existence of an Egyptian prince named Moses who saved the Israelites and establish him as a bona fide Israelite. So the Bible tells the story of a boy who was cast off by his mother into the Nile. This story has very obscure references as the names of the major players in the story are not mentioned. Later, the story was viewed as salacious so new details were added as a prologue to the story.

If it weren’t the Bible and I weren’t orthodox, this would be a great theory to explain anomalies in the text. But it is the Bible and I am orthodox so it hardly sits well with me when the Bible is explained away as myth.

Professor Wright was interview by Professor Alan Brill on his Kavvanah website. The interview is worth your time and consideration if you don’t mind reading what is widely considered to be absolute kefira.

The first important thing in the interview is the introduction where Brill outlines the current status of Biblical Criticism. It’s required reading so I copy it in full here:

As background, the problems of the Bible go back to the tenth and eleventh century Islamic critiques of the Bible by Ibn Hazm and others. Second, modern figures such as Spinoza and Jean Astruc sought to understand the Bible as a human book using the same tools that we use to understand Greek and Roman books. And in the 19th century, Wellhausen popularized a theory that the Pentateuch had four authors. But the important part of his theory was that the ritual and priestly material was a priestly Pharisaic digression from the original pure faith of the prophets necessitating Christianity for a restoration. Hence, Solomon Schechter called it higher anti-Semitism, David Zvi Hoffman showed that Leviticus is not in contradiction to the rest of the story, Kaufman showed that the prophets assumed the priestly material, and Cassuto showed based on Sumerian and Akkadian sources that the divisions fail.

Well, Wellhausen was writing a century ago, with the aforementioned defenses all formulated in a post WWI climate. For at least forty years the field was already given to authors such as Gunkel who assumes the Bible is legend, the way Gilgamesh is legend. And Martin Noth who assumed most of the narrative was formulated originally as oral traditions- read here. Questions of redaction were not tied to Wellhausen, or even literary documents, but to oral traditions.

What do historians currently think about the context of the Bible? They assume that it was written between 720 BCE and 587 BCE, between the destruction of the Northern Kingdom and the destruction of Jerusalem, with some editing until the end of Ezra’s life circa 440 BCE. (Minimalists make it more recent and Evangelicals defend the chronological dates.) They work from parallels to Assyrian texts, the nature of script, linguistics, and reconstructed context of author. Little of this has anything to do with literary doublets. If you want to reject historical criticism, then start learning ancient linguistics and texts contemporary to the Bible. No harmonization of passages changes this dating nor does anything from Cassutto or Hoffman affect it. (However, Prof. Josh Berman is seeking to shift the discussion from Assyrians to the Hittites in 1300 BCE, an effort that may be accepted by the Orthodox but does not promise to have much of an impact on the experts. But it is better than refuting Kugel, who is not a historian of ancient Israel or source critic so the critique does not help.)

This past May there was a major conference at Hebrew University on“Convergence and Divergence in Pentateuchal Theory;” if you are interested in these topics, then that was the place to be. The conference opened up with a clear statement that there are three approaches: a Documentary approach (not based on Wellhausen but on Noth and others) where there are separate documents; a Supplementary approach,where a single document get more and more complex; and a Fragmentary approach, where we cannot separate out authors or layers anymore. 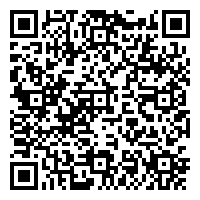