I believe that the Torah is min hashamayim (“from heaven”) and that its every word is divine and holy. But I do not believe that the Torah is (always) historically true (sometimes it seems like Divine fiction), or that it is uninfluenced by external sources. On top of this, I am reminded of the observation by the famous Chassidic leader Rabbi Menachem Mendel of Rimanov, who suggested that the children of Israel heard only the Alef of Anochi of the Ten Commandments, which means that they did not hear anything since one cannot pronounce the Alef![1]

Nor do I believe that its laws, literally interpreted, are all morally acceptable. They are not. Rather, I believe that the Torah is often morally, deeply, and deliberately flawed, and that furthermore, God Himself intentionally made it flawed.


It is the latter issue that I will discuss in this essay.[2]

My belief that the Torah is morally flawed is closely related to an altogether different topic: The “halachic loophole,” which Chazal and later poskim (halachic decisors) frequently used to solve halachic problems.

Many of these loopholes are legal fictions the Rabbis employed to deliberately ignore straightforward biblical pesukim (verses) or halachic standards. In doing so, they often made use of far-fetched arguments and twists that violated the very intent of these verses or halachic norms, and they seem to have done so with no compunctions and without it becoming a major issue. To the Rabbis, this method was seemingly a normal procedure whenever it was “convenient” to achieve their goals. To us, however, some of these loopholes are not only far-fetched but misleading, and seem like manifestations of trickery.

The Sages declared that the following Torah laws “never were and never will be”:

In addition to this, they decided that lex talionis, the principle of “an eye for an eye,” meant financial compensation while the text does not even hint at this.[5]

To solve the problems of mamzer (a child born from an adulterous relationship) they invented mechanisms that the Torah never mentioned.[6]

There are numerous other cases. In all these instances, the Rabbis used arguments that are highly problematic and seemingly dishonest and deceptive. How did they do so with a clear conscience?

The Torah as a Divine Compromise

We believe that a profound reason stands behind the Sages’ willingness to adjust the Torah in this manner. While the Sages believed that the Torah is absolutely divine,[7] they did not see it as the final text or teaching. They realized that the Torah text was a stage in God’s plan at a particular moment in Jewish history.

Revelation is a response to the human longing for a relationship with God, thus, it can succeed only to the extent that human beings can relate to it. The Divine Will, therefore, is limited by what human beings are able to pragmatically and spiritually understand and accomplish at a given time and in a given place.

The Torah is anthropocentric while its aspirations are theocentric. In other words: While the Divine Will may want to accomplish the ultimate, it is constrained by the limitations of human ability. The Torah, then, is really a divine compromise, filtered through the mindset and mores of its intended audience.[8] It is therefore flawed in the sense that it must sometimes allow or introduce laws that are far from ideal but were the best possible option at the time they were revealed to the Jewish people, or like in other cases were never meant to be applied literally. (See later.)

Maimonides: The Outdated Nature of the Sacrificial Cult

One famous example is given by Maimonides, in his Guide of the Perplexed, regarding the sacrificial cult in the Tabernacle and later in the Temple. He suggests that the Torah carefully limited the already existing practice of sacrifice and kept it for the sole purpose of weaning the Jewish people away from the primitive rituals of their idolatrous neighbors. In other words, Maimonides believed that the sacrificial cult in Judaism was established as a compromise to human weakness:

For a sudden transition from one opposite to another is impossible. And therefore man, according to his nature, is not capable of abandoning suddenly all to which he was accustomed….Therefore He, may He be exalted, suffered the above-mentioned kinds of worship to remain, but transferred them from created or imaginary and unreal things to His own name…commanding us to practice them with regard to Him.[9]

To give the sacrificial cult a more sophisticated, dignified and monotheistic meaning, the Torah introduced many laws to refine this kind of worship. This would slowly move people towards being able to have it abolished altogether, which was the divine objective.

Still, the numerous and intricate sacrificial laws in the Torah, carefully detailed in the Oral Law, have tremendous symbolic and educational meaning far beyond the actual sacrificial deed. Many of them paradoxically make the worshiper sensitive to higher standards leading to genuine monotheism.[10] This means that while one should really outgrow the actual sacrificial deed, the many spiritual messages behind these laws remain relevant even to this day.

The same is true about slavery. The fact that the Torah tolerates slavery only means that it was not yet possible to completely abandon it. Former societies would not have been able to sustain themselves economically had slavery come to a sudden end. So the Torah introduced laws to make slavery—at least Hebrew slavery[11]—more ethical, by creating much better conditions for slaves, helping them to overcome their slave mentality, and giving them the opportunity to free themselves and start a new life.[12] Only at a later stage could slavery be eliminated altogether. 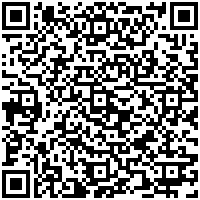