One of the more original Orthodox Jewish thinkers is Rabbi David Fohrman. On his excellent website, Rabbi Fohrman teaches his brand of inspiring, intellectual Torah. Every week, Rabbi Fohrman teaches a parsha class with animations. The Torah classes are clever and original ideas that are very often based on Midrashic interpretations and careful reading of the text of the Chumash. In a way, I find his approach similar in form to Rabbi Matis Weinberg in Frameworks, which I love. (I did a review of Rabbi Forhman’s book on Purim. It follows the same format.)

Here is Rabbi Forhman on Vayechi.


His basic idea is great. Joseph believes he is a dispossessed son. Pharaoh becomes like a father figure to him. Jacob is never sure that Joseph really considers him to be his true father until a key moment on his death bed. This explains the Midrash that says that the descendants of Canaan and Ishmael, two more dispossessed sons came to wage war with Jacob’s sons as they traveled to Canaan to bury Jacob but stopped when they saw “one of their own”, Joseph honoring Jacob.

Nice idea. He does a better job explaining it and fitting it all together than I do. It’s worth watching.

In response to this video, Rabbi Forhman received the following note:

“Rabbi Fohrman’s Parsah thoughts are brilliant & insightful. I just wonder are there any sources for his theories and if yes why do you not quote them?

Thank you so much…”

This inquiry touched on such a fundamental point that Rabbi Fohrman wrote a blog post to respond to this question. I think the response was at least as brilliant as the Dvar Torah on Vayechi and illuminates a very important principle in desperate need of clarification.

Here is my summary and explanation of his response:

There is a tradition that later authorities cannot contradict earlier authorities in the study of Talmud. Some people attribute this to a spiritual divide between generations. This idea appears to be in the spirit of “if we are humans they are angels and if they are humans we are donkeys”. However this conflates two separate things. The real reason later authorities do not contradict earlier authorities has little to do with spiritual prowess and everything to do with legal precedent. Talmud study is a study of law and law relies on precedent. It’s possible to overturn precedent. But great deference is given to previously held legal rulings and for good reason. It’s just more practical that way. Imagine if every generation of Jews rejected the ideas of the previous generation. Judaism would be unrecognizable in 5 minutes. So with regard to halachic matters, precedent matters.

However, when we are dealing in non-legal matters, we are no longer concerned with precedent. It is in this arena that we are given much greater creative license. In non-halachic matters we are not concerned with authority. We learn the text, we learn some commentaries, and we use our intellect and personality to decipher the text and commentaries. This is all fair game. This where Rabbi Fohrman operates.

How to Make Chumash Come Alive for Your Kids: Five Tools you Can Use

Korach: Can We Influence God? 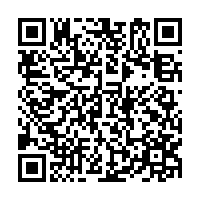