A fascinating long-form article in the Atlantic by Stuart Vyse grapples with the various aspects of magical belief. The headline is more misleading than most headlines, as it indicates that the article will be discussing how superstition works. It does not. Instead, we get a bunch of examples of superstition, which is nice, but not an answer to the question.

For me, biggest bombshell in the article was the extent to which the Reagan administration relied on pure superstition. It’s disconcerting that the leader of the free world was living his life and governing based on meaningless signs and astrology. See the article for more on this.


The problem I have with the article is that Vyse conflates superstition with ritual.

Superstition is defined as:

1. An irrational belief that an object, action, or circumstance not logically related to a course of events influences its outcome. 2. a. A belief, practice, or rite irrationally maintained by ignorance of the laws of nature or by faith in magic or chance. b. A fearful or abject state of mind resulting from such ignorance or irrationality. c. Idolatry.

Some of the examples in the article are unambiguously superstitious or pure magical thinking. Blowing on dice before a crapshoot, thinking the full moon affects behavior, or belief in premonition. But when we think of superstition we usually think of things like fear of Friday the 13th, or finding a horseshoe, or opening an umbrella indoors, or seeing black cats. These are events outside one’s control that one should not think are omens or that somehow these incidents portend good or bad news. That is classic superstition.

Many of the example in the article are not superstition as much as they are rituals. It is common to relieve anxiety by creating patterns of behavior. It calms us. It soothes us. So when the article mentions basketball players who do the same thing before they take a foul shot, it’s not that the ritual will magically affect the shot. Rather, the ritual relaxes the shooter and takes the person from a place of thinking about the shot to a place where the shot is part of a routine. This relieves nerves. Not magically though.

Or when college students wear a “lucky sweater” for an exam, it’s not because they think the sweater actually brings them luck. Rather, it’s soothing to have familiarity when one does unfamiliar things. It’s not magical thinking. I am sure there are some people who think their lucky sweater is actually a magical sweater. But for others, it’s just a way of using familiar objects and activities to find inner peace. That’s not magical thinking.

Religion can be both at times. Judaism has some pure superstitions as well. These are things that are not Divine commandments which people believe can change their luck or problems. Wearing a red string is perhaps the most famous of these examples.

Much of what all religions teach is magical. If one does not believe in God, then we would rightly call it all superstition. But there are many things within religion that are more ritual than superstition. Actions, movements, incantations, and the like that are not done for the sake of achieving a magical result. While it may be part of the religious belief that rituals will yield a magical result, the ritual has independent value. As the rabbis teach us in the name of Antignus Ish Socho who heard it from Shimon HaTzadik “Do not serve God like a servant who is trying to earn a prize.” We are instructed not to do Mitzvos for the magical reward. Their value comes in many forms. One of these forms is the benefit of ritual.

Sure, there are some people who think that none of the Mitzvahs make sense and we are doing them for the mystical benefit. However Maimonides and Rabbi Hirsch went to great lengths to demonstrate the ritualistic and humanistic benefits of Mitzvah observance.

Every commandment and sub-commandment has within it a ritualistic component that can enhance and improve our lives independent of supernatural effects and rewards. The version of Judaism that works best for me is the version that focuses on the ritual side of things as opposed to the magical. Following this path, we find that rituals have benefit even if one is struggling with core beliefs of Judaism. If one’s Judaism requires absolute belief in God in order to recognize any benefits to Mitzvah observance then if that foundational belief is not solid, the entire edifice comes crashing down. However, finding benefit and comfort and spirituality in the rituals themselves has a far greater chance of surviving a crisis of belief. 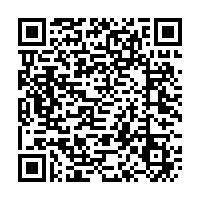