Minister Israel Katz (best transportation minister ever!) said on Tuesday that if the news is correct, and Justice Minister and Chief Negotiator Tzipi Livni is offering a different position from that of the government she serves, she should put down the car keys and go home (to use a transpiration-related metaphor). She has no backing inside the government, nor does she enjoy a popular mandate to promote her own position.

Katz, writing on his Facebook page, emphasized that he is committed to this government and is against the dividing of Jerusalem.

Interior Minister Gideon Sa’ar, who is considered a Likud leftist, nevertheless reiterated the position that when it comes to Jerusalem Prime Minister Netanyahu and his government object to dividing Jerusalem and giving up any part of Israel’s sovereignty over the city.

Of course, this government supports Arab rule on Temple Mount and is busy keeping Israeli patriots such as Likud MK Moshe Feiglin from setting foot up there, but that’s just a side issue and this is not the right time for pesky reporters to make their own pesky points.

Speaking on Israel Radio, Minister Sa’ar added that an interim deal with the Palestinians would not be out of the question, if there is a willingness on the other side. But he added that the PA is pushing a hard line and initiating anti-Israeli maneuvers while conducting the talks, which he believes they’re doing to make this round of talks fail in order to invite outside pressure to bear on Israel.

Meanwhile, Finance Minister Yair Lapid told Israel Radio that Jerusalem is not even on the negotiations table with the Palestinians, and nthat the city will not be divided.

“If the Palestinians want a state, they should know it comes with a price, and they will not get everything they desire,” Lapid said.

He did express in faith in the two-state solution, adding that once the process come around to uprooting settlements, Israel will have new elections, or at least conduct a referendum. 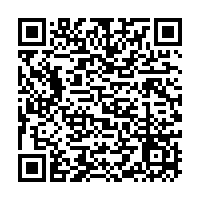