I was actually astonished at how this column was even more valid than it was when it was first written. See if you agree:


Underlying any other factor regarding attitudes toward Israel in the Media-University-Government (MUG) complex  is the programmatic and ideological problem faced in honestly understanding and explaining Israel’s behavior. To report truthfully would require comprehending and communicating the following two paragraphs:

–Most Israelis believe, on the basis of their experience during the 1990s’ Oslo era and with the “peace process” generally, that Palestinian leaders cannot and will not make peace, and that most Arabs and Muslims still want to destroy Israel. As a result, they explain, past Israeli concessions have made Israel’s situation worse, risks to show that Israel wants peace have not persuaded onlookers, withdrawals from territory have only led to that territory being used to launch attacks on Israel.

–In justifying their stance, Israelis cite the extremism of Iran; the advances of Hamas and Hizballah; the growing radicalism and Islamist influence in the Egyptian revolution, and other such factors. In addition, they worry that the Obama Administration policy is undermining Israel and enabling a growing extremism in the region. This is a prevailing viewpoint across the political spectrum.

I could have chosen to make additional points but this shows the main factors. Since the Israeli argument is so cogent and backed by facts and observable realities, it would be dangerously persuasive to those who  actually get to hear it.

Instead, the muggers of MUG must insist:

–Peace would be easily and quickly obtained if not for Israel’s policies.

–Settlements and not Arab/Muslim positions are the factor preventing peace, even though it could be pointed out that if the Palestinians made peace all the settlements on their territory would be removed.

–If Israel only had a different government the peace process would rapidly advance.

–Obama and his supporters want to save Israel in spite of itself and they, not Israel’ own leadership, knows what’s best for the country.

–Israelis “know” that Obama is right which is why public opinion polls, statements, and evidence to the contrary is suppressed or spun away. American Jews can support anti-Israel policies in the firm belief that they are really “pro-Israel” policies.

–They have only replaced demonizing the “other” with romanticizing the “other.” Never underestimate the importance of ignorance or of its common form—believing that other people think and act just like themselves. The “great experts” really know very little about the issues. (I could give you a long and amusing list on that point.)

–It is far more pleasant to believe that conflict can be made to disappear, hatreds quenched. If they are all our fault than we can easily fix them.

(No sooner did I write this that up pops a great example of the genre! It’s all Israel’s fault, Netanyahu never showed he wanted peace, blah, blah, blah.)

Or, in short, “Why do they hate us?” because we’ve behaved so badly but we can fix it by behaving properly.

Consequently, the systematic misrepresentation isn’t because these people are mean or that they hate Israel as such (well, actually, a lot of academics but relatively few journalists or government officials do) but because their worldview and political line–including 100 percent support for Obama–requires it.

I constantly receive letters from Iranians, Turks, Lebanese, Egyptians, and Syrians about their despair at losing their country, being oppressed, or seeing so much bloodshed in their struggle for democracy and to avoid being crushed by Islamist or radical nationalist dictatorships.

Genuinely moderate Muslims in the West have similar complaints and experiences. One case that typifies many is of a courageous man who is shunned by the politicians, virtually barred from the two mosques in his small city, and sees those who threaten him being praised in the media and feted by local politicians.

These people often have similar symptoms. They are depressed, often close to tears, deeply frustrated, and bewildered. What makes their lot even more bitter is the lack of sympathy for the Western MUG that praises their enemies (and all of ours) at the same time. They, too, are victims of the same syndrome that Israel suffers from. 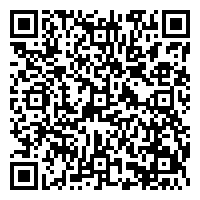