The last thing for now are the numbers on belief in God. 96% of ultra-orthodox Jews are certain that there is a God. Certain. That’s a very high number. I also wonder how they can all be so certain. The modern orthodox number is 77%. Also a very high number for certainty. 8% of ultra-orthodox Jews believe but are less certain and 19% of modern orthodox Jews fit that description. I think that both of those numbers are really higher. Most people don’t think about belief in God. They just do it. But the question wasn’t simply about belief. The question measured the certainty of the believer. I am skeptical that someone can be certain of something without being able to make a compelling argument in favor of that certainty. How many of us can make that argument? If we can’t, can we be certain? (Stay tuned for an essay on this issue sometime soon.)

Perhaps most interesting numbers in this section are the numbers of people who “do not believe.” Here the number for ultra-orthodox is 1% while it is 3% for modern orthodox. Practicing Judaism under a state of disbelief s not an easy proposition. If one doesn’t think the mitzvos and traditions have Divine meaning then they are bound to become a huge burden. However, orthopraxy – practicing Judaism despite disbelief is a growing trend. I wonder what these numbers will look like in a few years. It’s possible that more people who do not believe in God will feel comfortable in orthodox Judaism and they will grow as a public group. But it’s also possible that a rise in those numbers will inspire a thorough vetting of all orthodox Jews which would force all orthoprax Jews into a closet or out of orthodox Judaism altogether.

There are plenty of other interesting numbers to discuss. (97% of ultra-orthodox Jews have all or mostly Jewish friends. That’s insularity! How about only 57% of orthodox Jews are Republicans? And the support for Israel numbers need addressing as well.) Perhaps I will revisit the study and more of its social commentary in a future post. For now, these are the three things that jumped out at me.

Note: The orthodox people surveyed were all from Brooklyn, Monsey, and Lakewood. I think this might be significant. 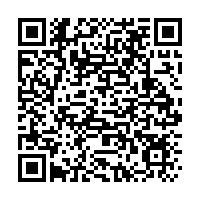