You, dear readers, must forgive me for asking this question, but: Have we Jews gone mad? Kotel mad? Have we lost it? Are we Jews, who represent the best brains in the world, incapable of solving a minor – albeit pressing – problem in our long history of unprecedented upheavals and unparalleled challenges?

Yes, I know that no one will take my suggestion seriously, but since we seem to have not yet regained our sanity, I offer it nevertheless:

We must free the Kotel of all denominations and abolish all synagogue services at the site, including bar and bat mitzvah celebrations. We must remove all sifrei Torah,tefillin and tallitot and restore the Kotel to its former state: A place where all are welcome and where not even the most lenient halacha can be violated. Where there are no mechitzot (partitions) and other sources of ideological or physical conflict. A place used solely for individual prayer and meditation, just as our ancestors treated it throughout our long history.

The Kotel is not a synagogue. It never was a synagogue and should never become one. It is a place where we Jews can meet, pray and share what we have in common instead of focusing on what divides us. Where we can smile at each other and laugh about ourselves, even when we vehemently disagree.


The Kotel situation is extremely explosive, and the stakes are high. It seems that we are unable to maintain enough unity to preserve even one single place in the entire world where we can come together without any party lines.

We run the risk of allowing our disagreements to spiral out of control and harm all of Israel, far beyond what we could have imagined. And once that happens, no government will be able to put its foot down, not even if forced to bring security personnel to defend us against ourselves.

It is precisely because we all view the Kotel as a place of such infinite holiness, that these clashes can result in almost irreparable damage and impurity.

The greater its sanctity, the deeper it can fall into an abyss. It can easily turn into a place of such desecration of God’s name that once it does, all of us will hide our faces in shame and ask ourselves how this could ever have happened to us.

It won’t take long before the nations of the world will be utterly disgusted at the sight of a people that represents the Bible and its unprecedented moral and religious values; a 4,000-year-old nation that has outlived the Egyptians, the Romans, the Greeks and the Babylonians; a nation that managed to survive the greatest atrocity ever committed in human history only a few decades ago; and that has now fallen so low that its people are fighting each other at the holiest place in the world. They will think we have gone mad. And right they will be!

The Kotel is the only place in the world where there is no clock, no earlier or later. It is the one site that has never been abandoned by the Jews throughout our long history; the place for which we prayed for thousands of years, and at which we mourn every year. It is a wall that no Babylonian, Greek or Persian was able to destroy; a place for which, throughout millennia, we have broken millions of glasses at our children’s weddings, and for which our soldiers have sacrificed their lives. It is a wall soaked with the frozen tears of millions of Jews – women, men and children.

And now we are destroying it with our own hands, robbing it of its holiness and eternity. We are desecrating the tears embedded in its stones, and violating the memory of our soldiers who bravely fought so that we can present ourselves before God at the holiest place in the world. We will be left with only a wall drowned in fights and power struggles that hide behind questionable religious laws, secular agendas and huge egos.

Is this what we returned to our ancestors’ land for, after 2000 years? Is it for this that millions of prayers were sent to Heaven, collected by God, and ultimately answered in ways we dared not imagine but which actually materialized in our own days?

Here, then, is my humble request to all fighting parties: Leave the Kotel alone and stop this madness. Go and fight somewhere else.

And though I realize that my suggestion will probably not be taken seriously by many of you, the day may likely come when you will regret it.

And if you will not, perhaps it is preferable that the government close down the Kotel entirely and wait until we Jews regain our sanity, and can sit together to discuss its future in a civilized manner.

Perhaps then the Mashiach will come. But not a second earlier. Until now, we have blocked his entrance to the gates of the Kotel. 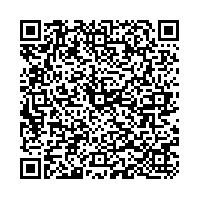