Agudath Israel has come out with a new statement about Yeshivat Chovevei Torah (YCT). They are ‘deeply troubled’ that YCT is hosting a group of 4 non-Orthodox rabbis at the installation of their new president, Rabbi Asher Lopatin. They will be involved in a roundtable discussion entitled “Training New Rabbis for a New Generation”.

I have mixed emotions about this. But I am in fact pleased that Agudah has responded to it – even if in a negative way. This shows that they must recognize YCT as an Orthodox institution. Which it is, in my view. I don’t for example believe they would be criticizing the Conservative Movement if they invited Reform rabbis to a roundtable of their own.


My feelings about this issue are mixed for the following reasons.

On the one hand – there is the rather well known decision by the Gedolei HaDor of the previous generation to forbid any interaction with non Orthodox movements. The fear was that by doing so, it would tacitly imply recognizing their legitimacy. Orthodoxy rejects heterodox movements and considers them illegitimate.

I agree with Rav Soloveitchik’s perspective. The question is whether this round table falls into the category of theological discussion or not. I’m not sure – but if I had to peg it, I would lean toward putting such a roundtable on the theological side of the argument and thus forbid it.

That said, I wonder if that would be true if matters of actual theology were expressly left out of the discussion. And the round table was limited to a discussion of practical non-theological rabbinics. Like psychological counseling or how to go about giving advice to congregants. The truth is that heterodox rabbis probably have a lot to offer in the realm of practical non theological rabbinics. As would say a mental health professional or even a priest or minister for that matter.

On the other hand, since this is a Yeshiva hosting heterodox rabbis I would be hard pressed to say that there would be no theological aspect to it. It is a virtual impossibility to completely leave out theology in such a discussion. Which is why I would be opposed to it.

There is, however, another thing to consider. What is extant today was not extant when the Gedolei HaDor forbade such interactions. Times have changed in ways which make me wonder if we should re-examine our positions. Let me hasten to add that I do not advocate the policies of Open Orthodoxy that YCT represents. They have rejected the prohibition of interacting with non-Orthodox rabbis and now freely advocate full engagement with them at all levels – including theological ones.

But I think it is fair to evaluate the reasons they have done it. Times have indeed changed. When the prohibition was made, it was a time that Reform and Conservative movements were on the ascendancy. They were a real threat to Orthodox Judaism. Orthodoxy in America was in relative infancy then. To wit – Rav Aharon Kotler who was the driving force behind the prohibition headed a Yeshiva of about 300 students when he died. Today there are over 6000 students there and they are growing exponentially. There are also now many smaller Yeshivos like Lakewood that are now thriving. They did not exist at that time.

There is no question that the small group of Orthodox Jews at the time were seen by most non Orthodox observers as a dying relic of an ancient past. While Heterodox movements were flourishing and growing by leaps and bounds. It is very understandable that the Gedolei HaDor did not want to give any semblance of recognition to them. Their ‘David’ was fighting a very large Goliath.

But today – the tables have turned. We are the ones growing. They are either shrinking (Conservative) or redefining Jewishness to include non Halachic Jews (Reform).

It is therefore a fact that heterodoxy is no longer the threat to Orthodoxy it once was – if at all. It is now apathy and indifference that is the enemy. Jews are leaving Judaism in droves. They do not see any denomination as relevant to their lives. They see themselves as secular human beings in the brotherhood of man – without the slightest connection to Judaism. One might even say that Conservative and even Reform Judaism today is at least trying to get them to retain their Jewish identity if nothing else.

In the light of all this, perhaps this is a Hora’as Shah – time to act and change the paradigm. Maybe YCT is not so terribly wrong headed in partnering up with these movements. I do not see legitimizing them as a danger anymore. The danger is in the growing numbers of unaffiliated Jews who have no problem with intermarriage and tend to buy into the ‘Apartheid’ narrative about Israel found in the secular liberal/leftist environment in which they live.

This is not to say that I agree with YCT. I don’t. I am not qualified to make judgments about Hora’as Shah. I am just thinking out loud. For example one might argue that giving them legitimacy in any setting, no less a Yeshiva, is forbidden in principal – having nothing to do with whether doing so is some sort of existential danger to Orthodoxy. I can just as easily see this argument as I can YCT’s argument.

Perhaps the fact that there is another aspect to this now that did not exist before is why Agudah has not thrown YCT out of Orthodoxy – as publications like the Yated have advocated. They must realize that they are Orthodox in that they follow Halacha… and that their intentions with respect to heterodoxy are good – even if badly mistaken for the reasons stated. And for that, I applaud them. 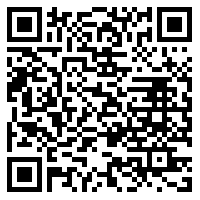