An interview with Rabbi Mendel Epstein has gone viral. The protagonist of the article is Rabbi Epstein, a man who has dedicated his life to helping women navigate the rough waters of Jewish divorce. He is a professional to’ein (Jewish for lawyer) and advocates for women. He has a lot of insight. He also carries a bias. We all do. There’s no crime in bias. But it’s important that we know what we are dealing with.

In terms of substance, I agree with a lot of what Rabbi Epstein says. Obviously. Who wouldn’t?

He comes off a bit paternalistic at times. He’s also working in a very male dominated social environment so some of what he says sounds uncomfortable to more modern ears. I think it’s clear that he is talking about a fairly insular Haredi community. Most of the modern orthodox or even centrist yeshiva type people I know are fully aware of these things and don’t need to be informed or even reminded to treat their wives respectfully.

Four items in his “Bill of Rights” for Orthodox Jewish wive are:

(1) A wife must be treated with respect and not be abused. A woman in an abusive relationship has a right to seek a get.

(2) She is entitled to be supported by her husband. Read the kesubah.

(3) A husband is obligated to honor and respect his wife’s parents.

(4) She is entitled to a normal conjugal relationship.

He also cites some very specious anecdotal evidence about divorce and infidelity that sound exaggerated. He basically tries to assert the “it might lead to mixed dancing” argument as fact.

But here is the real problem. What kind of society needs to be told these things? How is this all not patently obvious? What kind of world needs a rabbi to affirm these basic principles?

It’s not as if Rabbi Epstein is saying that there a few people who need to be reminded or scolded about these things. He seems to be saying that this Bill of Rights is necessary for our entire society. This makes me ill.

We tout our communities as safe havens from the dysfunction on the outside. But is it true? Is there dysfunction on the outside? Are we functioning better? These are very difficult claims to answer. Rabbi Epstein seems to be poking a hole in our armor. It seems that in some ways we need to look to the outside as our guide on how to behave. Ask any middle-class, educated, family orientated person about marriage and there is no doubt that they will echo Rabbi Epstein’s supposed bombshell.

But how does this happen? How is it that we are falling behind?

It’s possible that we have demonized the outside so much in our communities and educational systems that we passively reject whatever they espouse. We gloss over חכמה בגויים תאמין. We think that we have the answers and they don’t. Eventually this leads us to a place where we tune out the good ideas and advice from the outside and bad habits and poor social standards become set in our communities.

I don’t doubt that there are many people who need to hear this Bill of Rights. But I also don’t doubt that anyone normal would agree with them. So why does it need to be said? It has to be that we simply ignore these issues. Why are we ignoring them if the rest of modern society is addressing them? There is no satisfactory answer to this question.

One more thing. Rabbi Epstein places too much faith in the Beis Din system. I have never in my entire life heard of someone who had a positive Beis Din experience. It seems extremely unlikely that a woman’s best course of action is to go to a Beis Din that requires both parties to agree to a binding arbitration. The problems with our Beis Din system are well known and it’s a disservice to his audience that Rabbi Esptein recommends entering into this basically corrupt system. See: Restoring Credibility to the Beis Din System.

The article ends with a call for action and ideas for solutions. I think it’s pretty simple. Reinstitute חכמה בגויים תאמין. Start learning from the outside. Read secular books of marriage and intimacy. Pay attention to what psychologist, marriage therapists, and secular experts say. Rabbis have to stop dismissing everything that comes from outside the Beis Medrash. We can learn a lot from experts on these matters, especially intimacy. We have to start respecting people outside our community and not believing as a matter of faith that a yarmulka and a sheitel and a vort and a 500 guest wedding and sheva brachos and shana rishona are going to magically make for great marriages and happy couples. 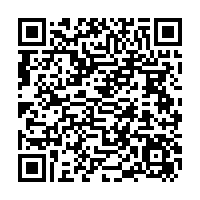