{Originally posted to the author’s site, FirstOne Through}

The US President and the media have portrayed “radical Islam” as angry about cartoons of their prophet by western media. Such a view focuses very narrowly on the recent attacks in Paris and Copenhagen. This is because democracies consider freedom of speech a fundamental right in their societies and object strongly to such rights coming under fire. Should the media and democracies look more broadly, they would note the broader attacks on basic human rights that Islam imposes where it is in control.


The “hateful ideology” (as US President Obama calls it) is not simply an “ideology” by a few “extremists”. The basic laws of several Islamic countries trample on many fundamental human rights. Islamic laws do not only challenge what you can say, but often attack the essence of who you are, and enforce double standards regarding what you can do. To aggravate the Islamic illiberal attitudes further, the laws impose severe responses to the offenses, often the death sentence.

Blasphemy is clearly part of the objection of the Muslim killers. Whether Charlie Hebdo (2015), Copenhagen (2005; 2015) or Theo Van Gogh in the Netherlands (2004), the drawings of the Islamic prophet Mohammed were considered offenses deserving of murder. Those attacks made news and drew world attention because they happened in Western Europe. In the Islamic world, blasphemy is considered a crime in over a dozen countries. Pakistan sentences a blasphemer to death. These laws and actions do not attract the world’s attention.

Asa Bibi sentenced to death in Pakistan for blasphemy,
November 2014

Islamic countries impose the death sentence on people for simply being who they are.  Innocent civilians are viewed as criminals even though they harm no one.

Some Islamic countries have laws that prevent persecuted segments of society from doing what other members of society (Muslims, men) can do freely.  The double standards and misogyny are simply part of the culture that the world ignores.

The punishment for many of these basic activities that people in the western world take for granted, is death.  The death sentence is often brutal and public.

The view that a few “extremists” have hijacked Islam and are attacking the freedom of press is both myopic in terms of history and geography, and hazy in terms of numbers and scope. In reviewing the laws and actions of several Islamic countries, one can better understand the gross intolerance and extremism in their societies. Many Muslims are offended by a great many things, and will kill the offender.

If the West limits its review of the issue to freedom of the speech in the world of social media, the conversation becomes limited as well: hate speech versus freedom of speech; and attitudes towards censorship of social media (such as in Turkey) are worthwhile discussions but too narrow.  The value of jobs and economic development for the handful of radicals gets brought up by the Obama administration because he misses the larger point. Obama can argue for “reasonableness and restraint” from other countries because he views the attacks on them as limited to a handful of radicals.

That worldview led Obama to abandon Iraq without helping secure the vacuum.  It will lead an Obama administration to enable Iran to get a nuclear weapon.

Perhaps it is time for Obama to visit Cairo again as he did on his first international trip in 2009.  This time he will meet a new leader in al-Sisi who has called for a “revamping” in Islam. Maybe he should be on Obama’s Iran negotiating team. 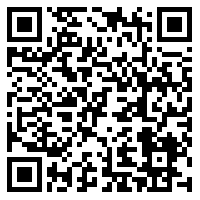