Mahmood Abbas, the man who is on the twelfth year of a four-year mandate as President of the Palestinian Authority, gets away with lies, lies, and more lies, and the world’s only response is to nod and smile.

In a speech at the United Nations in September 2014, Abbas made the preposterous accusation that Israel is involved in the “genocide” of the Palestinians. Despite this bald-faced lie and other lies within the same speech, it earned him a standing ovation. This is only one example of Abbas’ habitual lying and the world’s refusal to take him to task on it.

This week, on June 23, 2016, Abbas told European Parliament lawmakers in Brussels, “Once the occupation ends, terrorism will disappear; there will be no more terrorism in the Middle East or anywhere else in the world.” According to Abbas, from Kabul to Paris to Istanbul to Jakarta to Baghdad to Orlando to many other cities where hundreds of terrorist attacks take place yearly, all terrorists have one motivation and one motivation only, the establishment of an independent Palestinian state!

Abbas told his EU audience that “certain rabbis in Israel have said very clearly to their government that our water should be poisoned in order to have Palestinians killed.” Even Haaretz, one of Israel’s harshest critics, admitted that this accusation is a lie. Abbas later retracted the accusation, but the damage is done and he undoubtedly knows it. Accusations against Israel are widely disseminated, but retractions are not.

Despite Abbas’ long history of lies and despite his pro-terror incitement, when he said to the EU politicians, “we are against terrorism in whatever form it may take and whoever carries it out,” according to the Jerusalem Post, “his statement was greeted by strong applause.”

Instead of exposing Abbas’ blatant lies, France 24, an international news channel based in Paris, headlined, “Abbas accused the rabbis of wanting to poison Palestinian wells; Israel cries out to slander,’ gives equal weight to the lie and its denial. The Belgium site 7sur7 headlined, “Abbas defends Palestine to European deputies” and made no reference to his lies.

Why is Abbas’ habitual lying not called out for what it is?

Is it due to anti-Semitism that causes Abbas’ audiences to believe any accusations against Israel? Does it result from fear that criticizing him may lead to Abbas being replaced by someone even worse? Is it a form of appeasement based on the hope that paying lip service to the Palestinian cause through Abbas may reduce terrorism? Is it because of what was called in Huffington Post, “The soft bigotry of low Palestinian expectations”?

Whatever the reason, letting Abbas get away with lying hurts the Palestinians more than anyone else because it leaves the Palestinians without a genuine champion for peace. European leaders refuse to face the reality that the Palestinians are led by a charlatan and they pretend that organizing a peace conference will deliver the peace agreement that has repeatedly eluded U.S. administrations.

In his speech to the EU, Abbas made the same claim that he has made numerous times in the past when he said, “We favor a two-state solution based on the 1967 borders with East Jerusalem as the capital.” Yet in 2008, he rejected a proposal that met those criteria and his predecessor Yasser Arafat rejected in 2000 a previous proposal that also met those criteria.

Despite Abbas’ flowery words, “Our hands are extended with a desire for peace,” it is obvious that Abbas has no interest in a two-state solution. This lie is left unchallenged, yet when Israeli Prime Minister Benjamin Netanyahu made the honest observation that a two-state solution is not possible under current circumstances, even though he later reiterated his support for two states, Israel was criticized and threatened by its strongest ally, the United States. Israel was criticized and threatened despite its prime minister’s often-stated willingness to negotiate a two-state solution without pre-conditions and despite Abbas’ refusal to negotiate or even meet with Israeli officials.

The insistence of the world to hold Israel to an impossibly high standard while expecting nothing from the Palestinians is not new or unique to the issue of Abbas’ lying habits. It is part of a pattern of the international attitude towards the Israel-Arab conflict. This pattern has ensured that real issues, such as the Palestinian hate culture and Hamas’ stranglehold on Gaza, are never discussed honestly and that they continue to fester and to make peace impossible.

If world leaders, including European and U.S. leaders, wish to see the reason why there is no peace today in the holy land, all they need to do is look at a mirror. 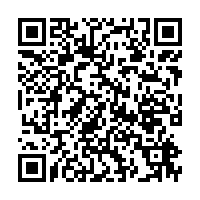