Wiesel, who won the Nobel Peace Prize in 1986, is well known for Night, the book that tells the story of his family’s experience during the Holocaust. The book became the first work in a trilogy along with Dawn and Day. Wiesel wrote more than 40 other works of nonfiction and fiction.


Wiesel, who was 15 when he was sent to the Auschwitz concentration camp in 1944, was also known for working to help find Nazi war criminals in the years following World War II.

A journalist for various publications, he campaigned for the immigration of Soviet and Ethiopian Jewry to Israel and didn’t hesitate to criticize American presidents – Reagan in 1985 for his insistence on visiting a German cemetery that contained the graves of Nazi soldiers and Obama in 2015 for the nuclear agreement with Iran.

In addition to his seminal role in Holocaust remembrance, Wiesel served on the International Council of the Human Rights Foundation, campaigning against apartheid in South Africa, the 1990s genocide in Yugoslavia, and other human rights violations around the world.

Wiesel, said Israeli Prime Minister Benjamin Netanyahu, “gave expression through his exceptional personality, and fascinating books about the victory of the human spirit over cruelty and evil. In the darkness of the Holocaust in which our brothers and sisters – six million – were murdered, Elie Wiesel was a ray of light and greatness of humanity who believed in the good in man.”

“I was privileged to know Elie and to learn so much from him,” Netanyahu said.

President Obama called Wiesel “one of the great moral voices of our time, and in many ways, the conscience of the world.” The president noted that “Like millions of admirers, I first came to know Elie through his account of the horror he endured during the Holocaust simply because he was Jewish. But I was also honored and deeply humbled to call him a dear friend. I’m especially grateful for all the moments we shared and our talks together, which ranged from the meaning of friendship to our shared commitment to the state of Israel.”

Obama recalled a visit he and Wiesel made to the site of the Buchenwald concentration camp: “After we walked together among the barbed wire and guard towers of Buchenwald, where he was held as a teenager and where his father perished, Elie spoke words I’ve never forgotten – ‘Memory has become a sacred duty of all people of goodwill.’ Upholding that sacred duty was the purpose of Elie’s life. Along with his beloved wife Marion and the foundation that bears his name, he raised his voice, not just against anti-Semitism, but against hatred, bigotry, and intolerance in all its forms. He implored each of us, as nations and as human beings, to do the same, to see ourselves in each other and to make real that pledge of ‘never again.’ ”

Jerusalem mayor Nir Barkat, who gave Wiesel the medal of Honorary Citizen of Jerusalem earlier this year, said: “Instead of giving in to despair, to the face of evil and cruelty that at the time was the darkest of humanity, he carried all the way through the message of tolerance and peace for all peoples of the world.”

Wiesel was born in in Sighet, Transylvania (Romania), in the Carpathian Mountains, on September 30, 1928. Wiesel’s mother, Sarah, was the daughter of a Vizhnitz chassid. His father, Shlomo, encouraged him to learn Hebrew and to read literature, while his mother encouraged him to study Torah. Wiesel had three siblings – older sisters Beatrice and Hilda, and younger sister Tzipora. Beatrice and Hilda survived the war and were reunited with Wiesel at a French orphanage. They eventually emigrated to North America, with Beatrice moving to Canada. Tzipora, Shlomo, and Sarah did not survive the Holocaust. 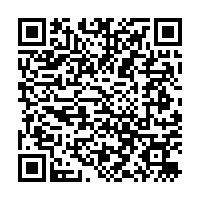