I am a Lebanese citizen, and I have a challenge for you: help your own people, and put an end to the absurd standoff with Israel.


Hezbullah has recently threatened Israel again. Are they speaking in the name of your government and in the name of Lebanon’s legitimate army? You know that another war with Israel would bring ruin to our beautiful country.

Press TV, the Iranian regime’s mouthpiece, said that you ordered Lebanon’s “armed forces to confront any attempt by Israel to undermine Lebanon’s sovereignty”. You know that Israel’s Defense Forces (the IDF) would have your army for breakfast and still leave enough room to get started on Hezbullah before lunch. Is this the disastrous war that you want Lebanon engaged in?

People say that you are a puppet of the Hezbollah international criminal and terrorist organization and of the Iranian imperialist regime of the Mullahs, and that you have no freedom to express your own thoughts.

You know that Lebanon has no reason to fight Israel. Hezbullah’s claim of defending Lebanon against Israel and their other claim of liberating Palestine are both bogus, simply excuses to allow them to dominate Lebanon with the support of Iran.

So stop being a puppet, and be a leader!

Call Israeli President Reuven Rivlin or Prime Minister Benjamin Netanyahu and tell them that you wish to visit Israel together with a small delegation that would include Prime Minister Saad Hariri whose father was assassinated by Hezbullah. You know that Rivlin and Netanyahu would welcome you in Israel.

When you are in Israel, tell them that you do not want war and that you wish to resolve your disputes peacefully.

Tell them that you repudiate the Hezbollah criminal and terrorist entity and that you want to restore the Lebanese army’s role as the sole guardian of Lebanon’s security. Tell them that you would like to negotiate a peace agreement with Israel.

You know what Israel’s response would be. It would be overwhelmingly positive, and if you can force Hezbullah to disarm, it would lead to peace, stability, and much better days for the Lebanese people.

But if you are the hostage of terrorists and criminals, as people say you are, you will likely do none of those things.

However even if you are a hostage, I implore you to pick up the phone anyway and make the call to Israel. Force the hand of Hezbollah. If they do what you know they will likely do, you will be remembered as a Lebanese hero.

You will be known as a leader who put his people’s interests ahead of his own. You may finally force the world to see the reality of Lebanon as a country controlled by criminals and terrorists, and something may finally change for the better.

The assassination of Rafic Hariri by Hezbullah in 2005 led the Cedar Revolution that forced Syrian troops out of Lebanon. Maybe this time the Lebanese people will force Iran and its Hezbullah proxy out of Lebanon. Your sacrifice may not be in vain.

There is no guarantee of course. The odds are stacked against any Lebanese leader who would dare confront Hezbullah’s mighty war machine and criminal network, but what is your alternative?

Do you really want to be remembered as a puppet who was not respected even by his own people?

You once stood up to the Syrian invaders, but you have since then sold your soul to Syria and their ally Hezbullah so that you could become President.

Sadly, you became a President but you stopped being a leader.

Can you be a leader again? It is entirely your choice. 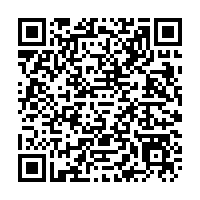