The owner of the land on which the F-16 plane crashed Saturday morning is a parliamentary aide to MK Hanin Zoabi (Joint Arab List), Channel 10 News reported Sunday.

Once the damage to his wheat field is assessed officially, the aide will sue the IDF for reparations.

MK Hanin Zoabi has served in the Knesset since 2009, when she was the first Arab woman to be elected to Israel’s parliament on an Arab party’s list. She views herself as “Palestinian” and considers the two-state solution unrealistic and as inherently racist. Instead she advocates a single state shared by Jews and Arabs with equal rights for both national groups.

It has been suggested on Israeli social media that the IDF should sue the Syrian military for those damages. 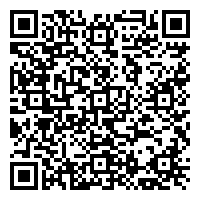