Haaretz columnist Gideon Levy accuses Israel of “power drunkenness” that fuels what he calls “its crimes and whims”. He claims that if Israel “weren’t so strong – too strong”, “its conduct would be more moral and more considerate”. But if anyone in Israel is drunk on power, it is Levy himself. Levy’s column is a collection of easily refutable lies and half-truths, apparently meant to please those who hate Israel.

Levy writes, “If Israel were weaker, it would work harder to be accepted in the region”. It is literally impossible for Israel to try harder to be accepted in the region, short of committing suicide, which practically all its neighbors have been demanding for 70 years. Israel has accepted several partition plans and peace agreements over the years that were in Israel’s disadvantage, but that the Arabs refused. Even today, Israel works with and assists countries still officially at war with it. It is no secret that Israel is engaged in an extensive charm offensive to gain allies among Arab countries, but apparently Levy hasn’t noticed.


Levy writes, “If it were less strong, Israel would have had to put an end to the curse of the occupation”. On this, he is correct. If Israel was weaker, it would have done in Judea and Samaria what it did in Gaza, with the same results. It would have unconditionally withdrawn its troops and forcibly dragged Jews out of their homes, and its reward would have been endless attacks, except in this case without the possibility of imposing a reliable blockade on weapons into the terrorist enclave.

Levy denounces the “siege of Gaza”, but as I wrote previously, a siege is defined as surrounding and attacking a fortified place in such a way as to isolate it from help and supplies, for the purpose of lessening the resistance of the defenders and thereby making capture possible. This concept does not apply to Israel’s blockade on Gaza since Israel provides for the regular transfer of non-military goods into Gaza from Israel and through Israel, even when Israel is under attack from Gaza. Every day, “an average of 800 trucks enter the Gaza Strip carrying food, medical equipment, fuel, building materials, agricultural inputs, textile products and more”.

Levy denounces “daily bombings in Syria and other countries and regular flyovers of Lebanon as if there were no border and no tomorrow”, ignoring the fact that Israel is legitimately engaged in preventative attacks on weapons that would likely be used by Hezbullah and the Iranian regime (both of whom frequently threaten Israel) against the Jewish state. If I, a Lebanese person with Syrian origins, can understand Israel’s need to fly over Lebanon and Syria to destroy weapons, surely Levy can.

Levy denounces “arrogant, criminal, unrestrained international assassinations”, an easy claim to make since anything can be assumed. I note, however, that Israel’s most prominent enemies are still standing, including the arrogant, criminal, and unrestrained Hezbullah leader Hassan Nasrallah who has made my country Lebanon his fiefdom and Syria his training ground.

Levy complains that Israel is “leading the world to fight the Iranian nuclear program”. He should thank Israel for taking on an existential threat that Europe and the previous US administration were too afraid to take on.

Levy denounces “the shocking international criminalization campaign against the BDS movement”. Israel is in fact defending itself, using perfectly legal means, against a movement that tries to use economic pressure to transform the Jewish state into an Arab state that would do to Jews what existing Arab states have done to Jews, namely kill them and force them to flee.

Levy laments that Israel “refrains from signing international treaties to which all democratic countries are signatories”. Unlike other democratic countries, however, Israel’s very existence is under threat by enemies who do not even hide their intentions. Israel is a sovereign nation, and it chooses which treaties to sign, however much Levy may dislike that.

Levy laments that Israel “endlessly disregards resolutions by international bodies”. He must undoubtedly be referring to the many biased anti-Israel resolutions passed by the United Nations General Assembly and related bodies, all of whom are obsessed with Israel beyond any measure or reason, while they ignore real tyrannies and human rights violators. Thank God that Israel ignores those one-sided resolutions.

Levy laments that Israel “attempts to interfere in the domestic matters of its neighbors, becomes involved in wars that have nothing to do with it and even attempts to stir things up in the European Union and lead to disunity there”. Israel indeed defends itself against hostility from its neighbors and from Europe that insists that Jews building homes on land that has been part of Jewish history for 3000 years should be illegal, but Israel does not get involved in foreign wars. Israel’s only involvement in the Syrian civil war has been providing medical care to victims and helping Canada rescue 250 Syrian White Helmet volunteers. Thank you, Israel!

Levy even claims that Israel took “subversive action against the (former) president of the United States”, presumably Barack Obama, which is ridiculous. Obama was in the news just yesterday, lambasting President Donald Trump, the most pro-Israel president in US history. If Israel tried to shut him up, it clearly did not succeed.

Levy accuses Israel of closing “its embassy in Paraguay only because the latter took a step that Israel didn’t like – doing all of these things like it’s a superpower”. Actually, all sovereign countries, big and small, recall ambassadors and close embassies when they are unhappy with a country’s actions. This is perfectly normal and legitimate.

Levy says that countries other than the United States, Russia or China do not “dare to act like” Israel does, but if that is true then Levy’s power goes even farther than Israel’s because out of those three superpowers, only in the US would a journalist dare to disparage his country the way that Levy does his.

Levy is in fact drunk on that power. He lets free of his contempt for Israel by repeating falsehoods that sound plausible to misinformed people, leading to yet more hatred against the tiny Jewish state.

Levy has the power to state the truth, but if he did, he would be just an average journalist that few people would pay attention to. So, he chooses to play to the large anti-Semitic crowd – look at me, he implies, I am an Israeli and a Jew, and therefore your best ally against the state that dares to be Jewish.

Even Levy himself admits that Israel’s “weakness might indeed lead to its destruction”, yet he helps the anti-Semites anyway. Levy should be ashamed of himself, but he is too drunk on power for that. 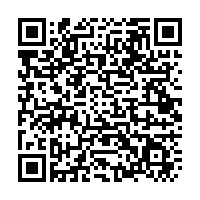