Rabbi Getz came to Uman with the last strength in his body to stay near Rabbi Nachman’s gravesite during the days of Judgment. He stayed at the Hoshen hotel in Uman, where he died during the holiday. His family in Borough Park, Brooklyn, was informed of his passing through the services of local gentiles.


The funeral procession took place at the end of the holiday, passing by the gravesite of Rabbi Nachman of Breslov. The director of the Ukraine Hatzolah, Hillel Cohen, told Behadrei Haredim that the coffin received a flight permit from the American consul, was flown early Wednesday morning on a private plane to the United States, where a funeral and burial will take place.

A few months ago, Rabbi Getz was surprised to receive a personal letter from President Trump, who wished him full recovery. The letter from President Donald J. Trump and First Lady Melania Trump, read: “We are very sorry to learn of your illness, and we send our thoughts and prayers to you during this difficult time. We hope you find comfort in the love of family and friends, and may you continue to be uplifted by the support and strength of all those around you. God bless you.”

Rabbi Getz also received a letter from the NY Governor Andrew Cuomo, who wrote, “Keep fighting the disease and have the strength to continue coping. We’re glad you’re surrounded by friends and family who support you. We think about you all the time.”

Rabbi Getz’s friend, producer Isaac Geffen, told Behadrei Haredim, “The news hit me after the end of the holiday. During the time I have known him, he always devoted every free time he had to learning, he kept wanting to finish one more tractate and one more yet. He never gave up, even in the most difficult times. He placed his trust in God. There is nothing I can say, it’s hard news with which to start the new year.”

Gov. Cuomo: President Trump ‘Better Have an Army’ to Walk Down NY Streets 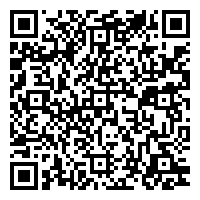