On Tuesday, November 6, the US will be holding midterm elections, in the middle of Republican President Donald Trump’s first term, elections which promise to be the most crucial since the start of the new century. All 435 seats in the United States House of Representatives and 35 of the 100 seats in the United States Senate will be up for grab. It is your responsibility, even duty, as an American citizen, to participate in these elections, even if you live in faraway Israel – because, let’s face it, whatever happens November 6 will affect you over by the Mediterranean shores.

The Association of Americans and Canadians in Israel (AACI) has sent us an email saying in the 2014 Midterm Elections, US ex-pats living in Israel were the 4th largest group to vote, right behind Canada, the UK, and France, and ahead of Japan.

You are eligible to vote if you are a US citizen, over 18 years of age on election day, and have not been disqualified by your home state.

On your Absentee Ballot Request, if you check the box, “I am a US Citizen living outside the country, and my return is uncertain,” then you are an “overseas voter” and can only vote in Federal Elections for Congress, Senate, and President. “Domestic voters” who live overseas but intend to return are eligible to vote in City elections as well.

Voting from overseas is very easy. Each state has their own voting laws, so it is important to make sure you follow your state’s regulations. 38 states allow children with US citizenship who were born overseas, and never lived in America, to vote. 22 states allow emailing ballots.

You can fill out an Absentee Ballot Request online. Just fill out, save, print, sign, and return to your state according to instructions. 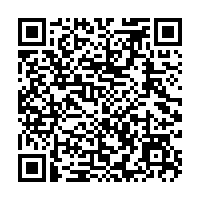