This is not a post that I wanted to write, though I knew it was coming. Barry Rubin died last night, aged 64. You can find an obituary here. I and many others will miss Barry, both as a notable scholar of the Middle East and a personal friend.

Barry had at least 18 books to his credit — most of them serious scholarly works. He also wrote hundreds, probably thousands, of scholarly and popular articles, blogs, etc. He edited journals, administered institutes, and spoke in venues around the world. His scholarly writing was nevertheless clear and approachable, even entertaining, without academic jargon. Sometimes he introduced his articles with quotations from popular movies and music, or Shakespeare’s plays.


Unlike many ‘authorities’ on the Middle East, his predictions were usually accurate. He knew the players, and had visited many of the countries. He had correspondents throughout the world. It bothered him that so many important people in government and academia who dealt with the region did not know the most basic facts about it (he used the word ‘idiots’).

Another thing that made him unhappy was the politicization of his field of Middle Eastern Studies. He remarked that when he was a student, he had teachers that strongly disagreed with his pro-Israel politics, but never allowed that to affect their evaluation of his work. Today, he thought, that would not be the case. And today, someone like Barry, despite his qualifications, would have a hard time being hired in a Middle East Studies department.

Barry’s approach was always fact-based analysis. He never fit his conclusions to an ideology, and he could be quite critical of Israel’s policies when he felt that was appropriate. He did not dislike Arabs or Muslims, and had many Arab friends. He did dislike ideologues and they disliked him. Those who cared about the truth respected him.

He continued to work to the end of his life — a decision that he made after being diagnosed with aggressive lung cancer (he did not smoke) 18 months ago, and initially given only a few months to live. Despite his enormous output, he always had time and patience to answer questions from friends and students.

Some months ago, I emailed him a question. “I’m having trouble typing,” he responded. “I’ll call you.” And he did.

I enjoyed talking to Barry about lots of things, not just the Middle East. I first met him in person some years ago when I invited him to speak in Fresno. When I asked about his travel from Los Angeles, he told me that he preferred the train. “I like trains,” he said. I discovered that we shared an interest in railroads, and later was impressed by an elaborately detailed model of the Baltimore area in his Tel Aviv apartment. When did he find time to build this? Who knows?

His untimely death is a great loss for his family and friends, of course, but it is also a loss to scholarship and to the pursuit of truth.

Scholar and Columnist Professor Barry Rubin Passed Away at 64

Is Fear of Blaming Islam Greater than a Need to Fight Terrorism?

Did Israel `Apologize’ to Turkey? Well, No, Not Exactly 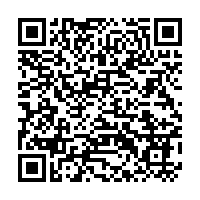