Probably everyone to the right of President Obama’s liberal billionaire contributors has seen the pathetic local news video from WTAE Pittsburgh, the one showing the white working class getting the bad news on ObamaCare.

Yep, ordinary blue-collar workers are getting hammered by ObamaCare, because the small manufacturing and service businesses they work for are not the favored special interests of the modern Democratic Party and the bicoastal elite.

There they were, all sitting down in the break ,room at a small auto-repair shop, getting the bad news from their employer’s insurance broker. Premiums up, big time. Deductibles and co-pays up, big time.

The workers were clearly pole-axed. Their “benefits” had become a yoke around their necks. They had no idea what they were going to do.

Here’s some friendly advice: Get a clue, white working class. He isn’t going to call; he doesn’t love you anymore. By “he” I mean the Ruling Class, the educated elite, the Cathedral.

But now the Ruling Class has moved on to the hot young minority babes and the kinky LGBTQABC babes; the white working class of a certain age is left sitting waiting for the phone to ring. It is, I fear, the normal fate of the kept woman.

There’s a chap writing over at Washington Examiner, Dan Poole, who recently took me to task for my tough love attitude. He reckons I “hate” the white working class and “paint working class White Americans as a bunch of greedy, lazy bums” writing back in 2011:

The white working class needs to stop whining about the bosses and exploitation and accept the basic contract of the free economy. Get a skill, and then offer it to the world.

The White working class embraces work, family, friends and good character. They don’t really care about wealth, achievement, and ambition. The first line alone says it all: “For the typical white working class person, family and stability are more important than career and upward mobility.”

Maybe so. But mere “work” doesn’t quite cut it, because you need to seek out work that employers and consumers are actually willing to pay for, and that keeps changing. Worse, as Charles Murray brutally relates in Coming Apart: The State of White America, 1960-2010, the white working class is not doing so well on the family and character front either, on account of all those addictive benefits that liberal sugar daddy would bring when he used to visit the white working class at election time.

What is the white working class to do? How is it to get out of its death spiral?

The answer is the same as it has always been. The white working class must become a “people of the responsible self.” It must embrace individualism. It must realize that “work” is not something where you can just show up and demand your rights. It is something you prepare for, something you develop, something you retrain for when the world moves on. Otherwise, to coin a phrase, “This sucker could go down.”

When the white working class becomes a “people of the responsible self” it will move into the Republican Party; it will become the latest group of Israelites to make an Exodus out of the land of Egypt, and escape from the slavery of dependency in the Democratic Party. 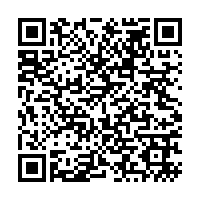