Most Americans are absolutely committed to the ideas in the First Amendment, in particular to freedom of speech and religion. Although the Bill of Rights only deals with actions taken by government, these ideals permeate the culture.

But particularly in the case of the liberal elite — academics, media and entertainment people, intellectuals — there are limitations.


For example, “religion” has a special meaning for them: in the liberal view a “religion” ought to only be about “spiritual things” which by definition do not impinge on a believer’s public actions or politics, and “ritual,” which consists of silly behavior on Friday, Saturday or Sunday (depending on the religion).

They are extremely uncomfortable with religion when it crosses the line into actions that might affect others. So, for example, it is considered a damning (no pun intended) indictment of anti-abortion activists to accuse them of holding their position “for religious reasons.” Such reasons, they insist, can’t justify actions which might affect anyone other than the believer.

Unitarian Universalists, Reform Jews and liberal Protestants tend to be politically liberal, and while they might say that their politics are determined by their religion, it’s probably the other way around. Catholics, Orthodox Jews and Evangelical Christians are more likely to derive their politics from their beliefs, which bothers liberals.

And then there is Islam. Islam is the most political of religions, in theory at least, calling for the implementation of Sharia in any society where Muslims live. And Judging by the actions of many believers, this is not just theoretical. Since Sharia establishes a strict hierarchy of rights with male Muslims on top, it very definitely affects non-Muslims.

But while liberals, especially Jewish liberals, object strenuously to religion-based politics among Catholics and Evangelicals — take this, for example — there is total, deafening silence from this quarter about Islam. The inconsistency is striking.

Somehow it has become acceptable to dump on Christian Zionists for their political activities, but absolutely taboo to criticize Muslim groups, some of which support Hamas or Hizballah. Using language identical to that applied to neo-Nazis or the Ku Klux Klan, organizations like the Southern Poverty Law Center (SPLC) accuse anyone who is critical of political Islam, or who suggests that radical Muslims present a threat to democracy in the U.S., of “hate” and “bigotry.” Here is SPLC’s list of “active anti-Muslim groups” which even includes the blog “Sultan Knish“, and of course the provocative “Atlas Shrugs” of Pamela Geller.

Interestingly, the SPLC’s classification of “hate groups” by ideology doesn’t include a category for radical Islam!

The mention of Geller brings me back to the ideals of the First Amendment, in particular, freedom of speech. This Sunday, Geller was scheduled to speak at an Orthodox Synagogue in Great Neck, Long Island, on the subject “The Imposition of Sharia in America.” A great deal of pressure was applied to try to stop the event, from the extremist Jewish Voice for Peace group, to the liberal Rabbi Jerome Davidson, retired rabbi of a Reform congregation in Great Neck, and Habeeb Ahmed, an officer of the Islamic Center of Long Island and a member of the county’s Human Rights Commission, as well as the Interfaith Alliance — Long Island Chapter, etc.

The synagogue resisted the pressure until yesterday, when they threw in the towel in response to a threat to stage a march on the synagogue on Sunday morning (during Sunday school). Here is the statement by the synagogue’s board (obtained by Geller):

As the notoriety and media exposure of the planned program this Sunday have increased, so has the legal liability and potential security exposure of our institution and it’s [sic] member families. In an era of heightened security concerns it is irresponsible to jeopardize the safety of those who call Great Neck Synagogue home, especially our children, even at the risk of diverting attention from a potentially important voice in the ongoing debate. Accordingly, the Great Neck Synagogue Men’s Club will no longer be sponsoring the appearance of Pamela Geller this coming Sunday, and no event will be taking place in our facility.”

I think it is clear from this that the board has not accepted the arguments of the left/liberal/Muslim opposition that Ms. Geller is a dangerous hate speaker who should not be given a platform (Robert Nuxoll of the Interfaith Alliance said her talk was “the equivalent of a church in the 1930s inviting a representative of the Nazi Party to speak,” and Habeeb Ahmed called her “the personification of an Islamophobe”).

Nevertheless, they have been frightened by an implicit threat of violence into canceling the event. I have personally faced a mass demonstration of angry Muslims, and can tell you that it is scary.

The liberal attitude to free-speech-that-they-disagree-with is never nice. In fact, my motivation for writing this blog was originally that my attempts to publicly present Israel’s case — even to Jewish audiences — was frustrated by “liberal” objections.

As reported in the Jewish Press, Geller has been invited to speak on Sunday at a Chabad house in Great Neck and another synagogue in New Jersey, and intends to do so. 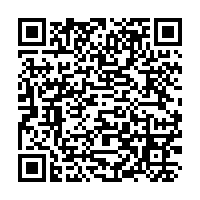