The day after Tevye’s rescue, he stayed in bed with a chill. His face and his hands were so swollen with mosquito bites, he barely looked like himself. Feeling too queasy to eat, he sipped on tea and quinine. As if expecting the worst, visitors stopped by all the day long to pay their respects. Carmel stood guard by her husband, making sure the guests didn’t linger too long and weaken his strength. Several times, he dozed off to sleep but awoke in a sweat, gasping from the same terrifying image — the head of the heroic mule sticking out of the swamp. Fearing that the creature would appear everytime he closed his eyes, Tevye preferred not to sleep. The following evening, he mustered enough strength to sit down with guests for a holiday meal. It was the last day of Passover, and Tevye filled up his silver goblet for the traditional Kiddush. True, he had vowed to give up drinking, but Kiddush couldn’t be called drinking. The blessing over the wine was a mitzvah, and he certainly hadn’t vowed to give up any mitzvah! With relish, he gulped down the sweet, pungent wine.

Thankfully, his chill went away. The malaria which everyone feared, never developed. After all, what sense did it make to save a man from the swamp, just to have him drop dead in his tent? No, you could be sure that God had some greater destiny in store for old Tevye.


When the holiday ended, Tevye joined the other settlers back at work in the swamp. With a new fearlessness, he reached out for the buckets of swamp water. If his night in the bog hadn’t killed him, his work during the day wouldn’t either. After all, he had received enough bites to be immune from malaria for life.

The work of draining the insect-filled swamps progressed with a frustrating slowness. But as weeks went by, the settlers could see that they were winning the battle. Little by little, the water marks on the reeds sticking out of the swamp began to descend. Slowly, slowly, the water level receded. Bucket after bucket passed from hand to hand in a constant rhythmic motion. Thousands and thousands of buckets were dumped into pits in the sand. Wagons arrived filled with tall eucalyptus trees, which cost the colony as much money as they had paid to buy the land. Planted in the swamps, their roots sucked up water like hoses.

Teams of diggers toiled day and night on the canal which was to drain swamp water off to the sea. Pipes were laid in the ditches, and the stagnant, deadly, marsh water began to trickle and flow.

Just when victory seemed within reach and a spirit of hope filled their labor, tragedy struck. Tevye was passing a bucket to Esther, the carpenter’s eldest daughter, when he saw Guttmacher swoon in the middle of the swamp and fall limply into the water. Quickly, Ariel grabbed him and pulled him out of the marsh to the shore. The undertaker was shivering. His eyes were red, his face yellow with fever.

“Let’s get him into a wagon, quickly!” Tevye called.

Immediately, Ariel ran for his wagon. Tevye bent down and grasped his friend’s hand. Though it was the middle of the day, with the sun high in the sky, the undertaker’s body was shaking. Bat Sheva handed a canteen to her father. He raised it to Guttmacher’s lips, but he was too ill to drink. The water spilled over his mouth.

Tevye trembled, recalling the black, stormy day when they had buried Guttmacher’s wife. Sand flew into the air as Ariel arrived with the wagon. By nightfall, Tevye reasoned, they could be in Zichron Yaacov. Though only a small number of the infirmary’s patients walked out alive, there was always a chance. The workers helped Ariel lift Guttmacher onto the wagon. For a moment, his eyes seemed to clear. He clung onto Tevye’s sleeve.

“You’re not going to die,” Tevye answered. “You can’t. You’re the only undertaker we have.”

Guttmacher smiled. Then his eyes closed and he drifted off to sleep. A half hour into the journey, he regained consciousness. He gazed up at Tevye and said, “I have a brother who lives in Minsk. He can take care of my children.” 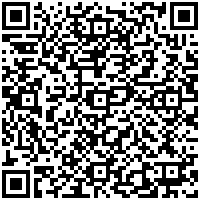