I suppose this means that if they want to murder Christians we oughtn’t to judge them, while they reserve the right to attack our embassy whenever someone in the U.S. makes a video that insults them. Unfair? What else could it mean?

He said several times that the U.S. favors Israel over the Palestinians, and that this is a problem in relations between Egypt and the US. I would say two things in response: first, Egypt has never been a friend to Palestinian nationalism, except insofar as it could be used as a weapon against Israel. In 1948, Egypt established a harsh military occupation of the Gaza strip. Arab refugees were forced into refugee camps at gunpoint — by Egyptian soldiers.

[In 1948] the Egyptian government showed no desire to annex the Gaza Strip but had instead ruled the newly acquired area as an occupied military zone. This did not imply support of Palestinian nationalism, however, or of any sort of collective political awareness among the Palestinians. The local population was kept under tight control, was denied Egyptian citizenship, and was subjected to severe restrictions on travel.

In economic and humanitarian terms, the ‘plight’ of the Palestinians was far worse under Arab occupation before 1967 than after Israel took control of the territories. Karsh writes,

Under Israeli rule, the Palestinians also made vast progress in social welfare. Perhaps most significantly, mortality rates in the West Bank and Gaza fell by more than two-thirds between 1970 and 1990, while life expectancy rose from 48 years in 1967 to 72 in 2000 (compared with an average of 68 years for all the countries of the Middle East and North Africa). Israeli medical programs reduced the infant-mortality rate of 60 per 1,000 live births in 1968 to 15 per 1,000 in 2000 (in Iraq the rate is 64, in Egypt 40, in Jordan 23, in Syria 22). And under a systematic program of inoculation, childhood diseases like polio, whooping cough, tetanus, and measles were eradicated.

This is not to say that the Palestinians are happy being ruled by Jews, which of course is devastating for their sense of honor and Muslim sensibilities. But it does make one wonder how much Egyptians have historically cared for their Palestinian Arab ‘brothers.’

And here is something else that is untrue:

[H]e also argued that Americans “have a special responsibility” for the Palestinians because the United States had signed the 1978 Camp David accord. The agreement called for the withdrawal of Israeli troops from the West Bank and Gaza to make way for full Palestinian self-rule (my emphasis).

“As long as peace and justice are not fulfilled for the Palestinians, then the treaty remains unfulfilled,” he said.

The sentence in bold is not presented as a quotation from Morsi. It is a simple statement of ‘fact’ by the Times’ writers, David D. Kirkpatrick and Steven Erlanger. Regardless of who said it, it is quite false. The Camp David agreement called for Israel to end its military government and withdraw troops from areas of the territories where a self-governing authority is elected by the Palestinians. These conditions have been more than met with the establishment of the Palestinian Authority. Elder of Ziyon comments on the text of the agreement thus:

Camp David does not say that there will necessarily be a Palestinian Arab state in the West Bank and Gaza. It most certainly says nothing about a full Israeli withdrawal from the territories, only that its final status (and, by implication, its borders) will be up for negotiation after a transition period. And it explicitly says that there will be a redeployment of Israeli security forces – in order to ensure security for Israel – into locations that can only mean in parts of the territories, or else it would have just said “withdrawal of remaining Israeli forces,” period. 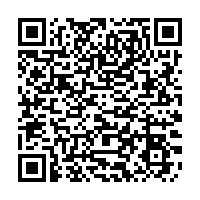