Predictions of an apocalyptic Middle East war following a US attack on Syria are premature. None of the players are interested in a serious confrontation.

President Obama feels boxed in by his ‘red line’ promise, and it appears that it will be impossible to pretend that the line was not crossed. So he will, with the cooperation of the UK and perhaps France, symbolically strike some assets of the Assad regime.


This will be coordinated in advance with the Russians, who will make a lot of noise in public, but in private will not be concerned as long as Assad’s hold on power is not threatened, which it will not be.

Assad’s threats to retaliate against Israel also fall in the category of noise. His overwhelming concern is to stay in power, and although he finds it advantageous to link Israel to the ‘terrorists’ he is fighting, he knows that Israel is in fact neutral in the conflict. Why upset this applecart and risk really painful reprisals?

Assad’s gamble to use chemical weapons has thus had the following effects:

• It terrorized the Sunni civilians who are supporting the rebels. Remember, this is as much an ethnic war as a political one. Like the Hell’s Angels motorcycle club, much of Assad’s deterrence depends on his reputation for being ruthless, even ‘crazy’ (although he is actually quite rational).

• It embarrassed Obama. The weak response that will follow will prove to Assad that Western opposition will not be a significant restraint on his freedom to do as he wishes.

The downside for the regime will be a few Tomahawk impacts, possibly on empty buildings, but certainly not enough to affect the outcome of the civil war.

I could be wrong, but I don’t think so. 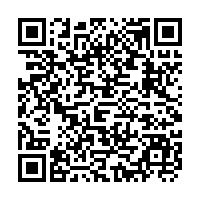