The sounds of Tibetan monks chanting, an Iranian playing the santoor, western African style music, Rastafarian and reggae beats, as well as some Israeli rock, among other musical genres could recently be heard pulsating from Jerusalem’s Tower of David in the Old City.

The international and local rhythms made up the beats of the second annual Jerusalem Sacred Music Festival part of the Jerusalem Season of Culture, whose musical venues were located in different parts of the city, including the YMCA, Tzidkiyahu’s Cave, and Hebrew University.

“This has been an important opportunity to hear not only great music but to experience the respect that exists between different religions and cultures across this city and in the world,” Lieber said.

“This kind of mutual respect is not entirely obvious as division and conflict are often the only themes portrayed in media coverage of Jerusalem,” added Tower of David spokeswoman Caroline Shapiro.

One of the musical performers, Alan Kushan, an Iranian living in the U.S., had positive remarks about the capital of Israel.

“Jerusalem is a wonderful city to perform in,” the Iranian santoor player, Alan Kushan told Tazpit. “It’s not only an honor to play in the city of King David and his son King Solomon. I think it’s a duty that I should come and play music. As an artist, my message to fellow Iranian musicians is not to be afraid of visiting this city.”

The exiled order of Tibetan Buddhists, known as the Tashi Lhunpo Monks, could also be seen walking around the ancient stones of the Tower of David, dressed in their traditional maroon robes. The monks, exiled from Tibet and now living in South India, chanted Tibetan prayers, accompanied by cymbals, gongs, bells and ceremonial dancing during their night performance.

It was the Tibetan monks’ first visit to Jerusalem, having spent the year touring across Europe and raising funds to continue their way of life at the South Indian monastery. “The monks cannot study in Tibet in freedom because the Chinese regime forbids them from doing so,” explained Jane Rasch, a spokeswoman for the group. “There is much understanding and sympathy between Israelis and these second-generation exiled monks living in India.”

At the Tower of David, the monks also created their signature mandala of peace (Yamantaka Mandela) made of colorful, crushed marble from southern India, as Israeli onlookers watched in fascination.

Kachen Lobzang Tuskhor, the leader of the visiting group of monks, told Tazpit that Jerusalem was a special city, but more crowded than he had anticipated. Lobzang, who speaks Tibetan, Hindi, and a little English, explained with a laugh that he learned two words in Hebrew during his visit: shalom and sababa. 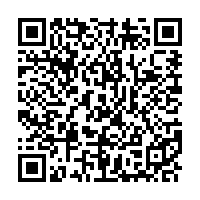