The recent death of Nelson Mandela has prompted some interesting discussion. For example, was Mandela a friend or an enemy of Israel? He certainly saw the PLO as a ‘national liberation movement’, but he also said “I cannot conceive of Israel withdrawing if Arab states do not recognize Israel within secure borders.” Mandela saw the world through the lens of his experience, but although he couldn’t help but sympathize with Palestinian Arabs that presented themselves as an oppressed people, he did not embrace their cause of ending the Jewish state.

The subject of Israel’s cooperation with the apartheid regime has come up also. It’s become known that Israel and South Africa shared intelligence about Soviet and terrorist activities, and Israel provided weapons and technology in return for uranium.


It is very easy for Americans to criticize Israel ensconced in our relatively safe (for now) homeland, with our huge resources and strategic depth. Israel does not have these things (and the Obama Administration is doing its best to further damage Israel’s strategic position).

Israel’s leaders have a mission, an overriding moral duty that is tested every day: to preserve Jewish sovereignty, and therefore to protect the Jewish people. Sometimes moral duties conflict, and when this happens, one is obliged to choose. Apartheid was clearly evil, and I don’t doubt that Shimon Peres (the architect of Israel-South African cooperation) was aware of this.

But Peres chose the uranium because Israel needed it to survive. It is as simple as that. Israel’s enemies had massive amounts of non-nuclear weapons of mass destruction. In 1973 — before the deal with South Africa — US President Nixon was moved to resupply Israel’s armies, something which arguably saved the state, when Israel began to deploy its then rudimentary nuclear arsenal. Just the possession of nuclear weapons has added immeasurably to Israel’s strength.

Apartheid is gone and Israel is not. So it seems that Peres made the right choice after all.

As an aside, I can’t resist mentioning that we heard this on NPR:

This is a leader who had, certainly, a profound impact on the world but also a profound impact on Barack Obama as a man. Symbolically, you have these two men who are both the first black leaders of countries that had a history of deep racial tensions. And we know that President Obama saw echoes of Mandela’s legacy in his own story.

Well, Mandela is gone. I think the world is a worse place without his moral force. If he was indeed an enemy of Israel, would that more of our enemies were like him. 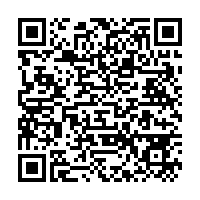