The old media won’t tell you so, but President Obama is facing a revolt from within his own political party. It was bound to happen once the dimensions of the ObamaCare disaster started to become obvious. Yesterday, I pointed out that Charles Rangel is an early indicator of the discontent bubbling beneath the surface, and that he is freer to speak than non-black Democrats. But today we have another leading indicator. Tony Lee of Breitbart:

A veteran Washington adviser who has worked for four Presidents on both sides of the political aisle said that the stunning Government Accountability Report report that found President Barack Obama has not had a one-on-one meeting with Health and Human Services Secretary Kathleen Sebelius since the passage of Obamacare over three years ago is an indictment of the entire White House operation and shows that the Obama administration has bordered on “malfeasance.”

“I have no doubt the White House is right, that Secretary Sebelius was in several group meetings with the president about health care,” Gergen caveated, “but the whole point is, there was nobody in charge in the administration.”

Rosslyn Smith points out: “If Obama has lost Gergen, he’s lost the entire DC establishment.  Gergen is almost the perfect indicator of the conventional wisdom inside the beltway.” She adds:

The real significance of Rangel’s speaking out about Obama is the respect other Democrats in Congress have for him.  Most of the senior black Congressmen hold committee leadership posts in legislative backwaters where they seldom get in front of cameras.  That lessens the odds of having them embarrass the party.  Rangel held the most powerful committee chairmanship out there after Rules and Appropriations.  Those aren’t affirmative action posts.  He may be a crook but he is also competent.

There is going to be a political price to be paid for wrecking long-established relationships between responsible Americans (who already provided health care insurance for their families) and their doctors, while increasing the prices they pay so as to finance care for the populace unable or unwilling to provide for its own health care. The fact that ObamaCare was sold with lies multiplies the political resonance tenfold.

The smarter Democrats are already distancing themselves, so as to be able to pick up the pieces after the train wreck hits in 2014 and 2016. If the old media took off their ideological blinders, they would see this, too. If I were a betting man, I would set up a pool to predict the date on which NBC News uses the phrase “revolt” in proximity to the word “Democrat” in discussing Obama’s relationship with his party. 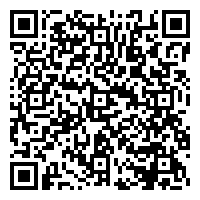