On Monday, the NY Times published an editorial which included this:

[Netanyahu’s actions] could doom the chances for a two-state solution because building in the E1 area would split the northern and southern parts of the West Bank.

Yesterday, NPR’s Philip Reeves, probably the single journalist most responsible for promulgating the 2002 “Jenin Massacre” blood libel against Israel, announced in a “news” broadcast that:

There’s particular concern over plans, still at a preliminary stage, for an area called E1. If built, this would cut the West Bank in two. Diplomats say this would make a two-state solution to the Middle East conflict almost impossible.


And today, I was greeted by the following in an editorial in the McClatchy-owned Fresno Bee newspaper:

Yet Israel has decided to … prepare construction of a 4.6 square-mile project near Jerusalem known as E-1. That would effectively cut the occupied West Bank in two and make establishment of a contiguous Palestinian state alongside Israel with Jerusalem as a shared capital, impossible.

Folks, look at a map. If you didn’t see it in my previous post, here it is again:

Do you see the “West Bank” cut in two? I don’t either. As I pointed out yesterday, if Israel annexes Ma’ale Adumim, the proposed Palestinian state will be wider at is narrowest point than Israel would be with pre-1967 borders!

If the problem is supposed to be that it will be harder for Palestinians to drive from Bethlehem to Ramallah, Israel plans a bypass road around Ma’ale Adumim for Palestinian traffic that would actually be faster, and would not require passage through the security barrier’s checkpoints. There are also plans for a 4-lane underpass to some Arab neighborhoods in eastern Jerusalem, while others would not be affected at all by the planned construction.

Actually, the shoe is entirely on the other foot. If the E1 plan is notcompleted, then Palestinian construction in the area will cut off Ma’ale Adumim — a town of 46,000 that has been expected to remain part of Israel in all proposed peace agreements with the Palestinians — from the rest of Israel. It will make it harder for Israel to keep control of the strategic Jerusalem-Jericho road, which would be necessary to transport troops and tanks to the Jordan Valley in the event of an attack from the east.

Every Israeli Prime Minister since Rabin has supported the plan, but it has never been carried out because of pressure from the US and Europe. Meanwhile, illegal Palestinian construction in the area — illegal under the Oslo agreements, not that the Palestinians have ever paid attention — continues. It has already narrowed the corridor for the E1 plan, and at some point will make it impossible.

In other words, the true situation is exactly the opposite of what Palestinians and their supporters claim!

It’s time to face reality, which is that there will not be a two-state solution that will meet Palestinian requirements, because these requirements are incompatible with the survival of a Jewish state. Much as I would like to see Israel retain all of Judea and Samaria, and much as the Palestinians would like to see a ‘Palestine’ from the river to the sea, these outcomes are unlikely.

What could happen is a realignment in which Israel retains places with large Jewish populations (like Ma’ale Adumim) and areas that are strategically vital (like E1), and withdraws from others. This would have to be implemented unilaterally, but then the Palestinians have already officially renounced a bilateral solution by turning to the UN.

What I find remarkable is the way the US media have swallowed the Palestinian story hook, line and sinker, when a simple glance at a map would show that it is wrong. Are they following the lead of the administration? 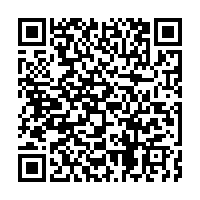