The first night of Chanukah marks the beginning of a holiday that for many of its celebrants has no identity, that celebrates ‘celebration’, with no thought to what it is celebrating. For many Americans, Chanukah appears to overlap with Christmas, but there is no similarity between the two other than the season. The more appropriate analogy is to the 4th of July overlaid with Thanksgiving, a celebration of divine aid in a military campaign against tyrannical oppression.

The overt militarism of the Chanukah story has made it an uncomfortable fit for many Jews who have found it easier to strip away its dangerous underlying message that a time comes when you must choose between the destruction of your culture and a war you can’t win. In those dark days a war must be fought if the soul of the nation is to survive.


There are worse things than death and slavery, the fates waiting for the Maccabees and their allies had they failed, the fates that came anyway when the last of the Maccabees were betrayed and murdered by Caesar’s Edomite minister, whose sons went on to rule over Israel as the dynasty of Herod.

Nations can survive the mass murder of their bodies, but not the death of their spirit. A nation does not die, until its soul dies, and the soul of a nation is in its culture and its faith, not in the bodies of its citizens.

Tonight that first candle, that first glimmer of flame over oil, marks the night that the Maccabee forces entered Jerusalem, driving out the enemy armies and their Jewish collaborators, and reclaiming their people’s culture and religion.

The light of the flame was a powerful message sent across time, that even in the darkest hour, hope was not lost. And Divine Providence would not abandon the people. Time passed the Maccabees fell, Jerusalem was occupied and ethnically cleansed over and over again, and still the menorah burned on. A covert message that still all hope was not lost. That Israel would rise again.

Israel had used signal fires and torches held up on mountain tops to pass along important news. The lighting of the menorah was a miniature signal fire, a perpetuation of the temple light, its eight-day light a reminder that even the smallest light can burn beyond expectation and light beyond belief and that those who trust in G-d and fight for the freedom to believe in Him, should never abandon hope.

That divine signal fire first lit in the deserts by freed slaves has been passed on for thousands of years. Today the menorah is on the seal of the State of Israel, the product of a modern day Chanukah. The mark of a Jerusalem liberated in a miracle of six days, not eight. Six as in the number of the original temple Menorah. And the one on the seal as well.

For those liberals who believe that Jewish identity should be limited to donating to help Haiti, agitating for illegal aliens and promoting the environment; Chanukah is a threatening holiday. They have secularized it, dressed it up with teddy bears and toys, trimmed it with the ecology and civil rights of their new faith. Occasionally a Jewish liberal learns the history of it and writes an outraged essay about nationalism and militarism, but mostly they are content to bury it in the same dark cellar that they store the rest of the history of their people and the culture that they left behind.

Holidays aren’t mere parties, they are messages. Knots of time that we tie around the fingers of our lives so that we remember what our ancestors meant us to never forget. That they lived and died for a reason. The party is a celebration, but if we forget what it celebrates, then it becomes a celebration of celebration. A hollow and soulless festival of the self. The Maccabees fought because they believed they had something worth fighting for. Not for their possessions, but for their traditions, their families and their G-d. The celebration of Chanukah is not just how we remember them, but how we remember that we are called upon to keep their watch. To take up their banner and carry their sword. 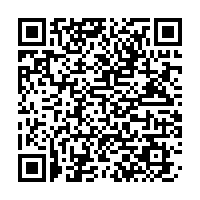