This week I, along with my family, have returned to Israel on Aliyah. Following our arrival, I did not keep our move a secret, rather I decided to share the good fortune and mentioned it to the Israelis I encountered in stores, taxis and on the streets. The very enthusiastic responses I received speak volumes about the morale of most Israelis, and confirmed my own view that we have indeed come home, since it was the mere fact that we are Jews who have moved to Israel which evoked these enthusiastic responses.

There is one particular incident I would like to relate.

We spent our first Shabbat in Jerusalem and I, along with my son, walked to the Kotel for Shabbat morning services. We joined a Minyan, and soon, a Torah scroll was unfurled upon a high table and the Ba’al Koreh proceeded to read Parashat Ma’asei which begins by listing the many travels of the Israelites in the Sinai wilderness. He read the words slowly, deliberately, and passionately while expressing the meanings of words and phrases evoking their very meanings.

Then I was called up to the Torah for an Aliyah. After the Aliyah, I turned to the Ba’al Korah (Torah reader) and quietly offered him a compliment for his reading and added that this is my first Shabbat in Jerusalem as an Oleh (newly arrived immigrant).

His eyes light up, a look of excitement etched upon his face. He enthusiastically announced, “People, we have with us today new immigrants!” He continued, “They just arrived last week and I am wishing them Mazal Tov.” Before he finished his announcement, everyone was out of their seats and we proceeded to dance around the table singing the words, “V’Shavu Banim LeGevulam.” (The children shall return to their borders) evoking the words of the Prophet Jeremiah over 2,500 years ago as Jews were forced out of Judea into exile by the Babylonian Empire. No one was sitting at that moment. The singing was so loud and boisterous that some passersby joined. When it stopped, the gabbai offered the usual blessing upon my receiving an Aliyah and added the words, “who has made Aliyah to the Land of Israel.” The Ba’al Korah embraced me and members of the congregation again offered me congratulations.

It was an inspiring moment for me and the others present. I gave them cause to celebrate. It was another Jewish family arriving and completing that long journey through the exile and returning to the Jewish homeland as part of a process of the ingathering of the Jewish people. For me, it was a welcome I will never forget. 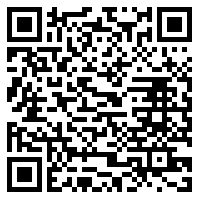