Volunteers for Guarding Eternity, a group dedicated to fighting antiquities robberies in Judea and Samaria, on Monday morning captured a PA Arab robber in a Byzantine archaeological dig near Tekoa, in Gush Etzion, Regavim reported. The robber was using a metal detector and a shovel.

The site, Umm Al Amad, near Tekoa, is considered one of the most important Byzantine digs in Israel, but because it is located east the “green line” it does not receive the same protection it would have gotten west of the “green line.” The site includes the remains of a Byzantine monastery, an apse recess, fallen columns, and tesserae (mosaic tiles).

This unique site, at the edge of the desert, also has a large water reservoir and a few water holes, as well as residential caves in a nearby canyon.

The robber, a resident of nearby Tokua village, was caught by Amihai Noam, Director of the Judea Institute of the Kfar Etzion Field School, and Elroy Kapach, lands supervisor for the Regional Council Gush Etzion. They detained the suspect and alerted COGAT staff who arrived with police escort and arrested him.

“This was living example of the chaos which is rampant in Judea and Samaria,” said Noam. “Anyone who wants to make some money buys a metal detector and does whatever he feels like.”

Guarding Eternity is a new organization dedicated to organizing all the groups and individuals from across the political spectrum who care about maintaining the integrity of the archeological treasures in Judea and Samaria. 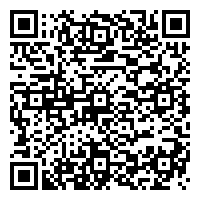