From the English section of the Al-Ray News Agency:

Gaza, Alray – Al-Aqsa Foundation and Cultural Heritage Organization said that an area collapsed near the western wall of the Al-Aqsa Mosque in Jerusalem late Tuesday.

The collapse happened near the Bab as Silsila, on the western part of the mosque, according to an eyewitness.

“It is the second collapse near the western wall in 5 years,” Cum’a Usayle, an eyewitness said.

Usayle told Anadolu Agency, “The collapse has caused a deep hole there. It is dangerous for the Al-Aqsa Mosque. It poses danger especially for children and women.”

No security precautions around the area have been taken by Israeli officials so far. There is also no statement about the event.

Al-Aqsa Foundation and Cultural Heritage Organization accused Israel of paving the way for demolishing the Al-Aqsa Mosque by building new settlements and digging dozens of tunnels.

Unfortunately, no photos of this collapse. I’m always amazed that none of these “eyewitnesses” ever seem to have their phones with cameras on them to document these Zionist crimes.


But certainly the Al Aqsa Foundation web page will have this story, right? Well, no, it doesn’t.

Surely the Arabic al-Ray site will have more details! Um, no, they don’t.

Arabic Twitter users must be in an uproar, right? Well, outside of the “OccPal” account that took the information from Al Ray – nothing. (Turkish media is also picking it up.)

Just a single, seemingly fake story. One that very possibly will be on hundreds of websites by tomorrow.

Now there are photos are the Al Aqsa Foundation site. Here’s the best one:

However, this hole is not on the Temple Mount, but in someone’s house nearby (they say 20 meters from the Mount, near the Chain Gate) My understanding is that Israel has been digging on the southwest corner, nowhere near any houses and not near that gate, although the older revelations of existing tunnels do pass near that point. 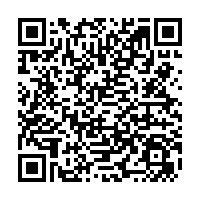