Over thirty years ago I was very close to buying a home “beyond the green line.”
I am a veteran supporter of Jewish residence in all the areas liberated in 19677, yet at the last moment I balked and did not buy the home.

It was not because I was terrified of the rocks that were already being thrown at Jewish vehicles on those roads then; it was my great anger at the authorities who I felt did not do what they should and could for my family’s safety. I felt that I and my loved ones were simply political chips in their hands. I refused.


I would have been willing to make the sacrifice for Jewish pioneering goals if the Jewish government was my partner. I never felt they were. Often, too often, quite the opposite. It made me very angry.

On my first trip to Israel in 1971, I remember how any Jew, of any age and sex, day or night, could walk anywhere in the land and feel respect and yes, awe he engendered in our Arab neighbors.

Today it is the opposite.

I will not delve into the fascinating reasons for this. Suffice it to say that we did it to ourselves in the name of a value system and political approach that clearly and ultimately encouraged our neighbors to become deadly enemies.

From the day that Dayan encouraged the Arabs not to flee in 1967, to Oslo in 1993 when Rabin/Peres invited Arafat into our land and armed him – to Sharon’s expulsion of ten thousand Jewish pioneers from their homes in favor of the killers..
.
It continues to this very day as constant efforts are made to “build bridges to and pacify our Arab (they are now called “Palestinian”) neighbors. Those pathetic moves always are paid in Jewish blood.

The rock throwing back then was not beaten. It’s only rocks. Not worth the bad press felt the government.
Then it was gasoline bombs, then automatic weapons, TNT, RPG’s…

And so we build walls and run away.

I remember when Israel was once a more sane and safe place.

I truly am embarrassed for my children and grand children. I feel…. ashamed of the country I brought them into. They are not safe – anywhere in Israel. This is the tearful truth. My children understand that we did it to ourselves and I can not offer them any immediate hope.
They do not live in the “Wild West Bank” yet they take extraordinary measured to protect their family.

I try to imagine what “”West Bank” youth, born in the era of “The New Middle East” of Shimon Peres , as murdered Jews are referred to as “the price of peace”…as Jews fall all around them.

They were born into a dangerous gauntlet. Yet they were taught to love the land the people , and the country by their pioneering parents who were often demonized by the establishment as “those evil settlers..,Some of them lost all hope and faith in the system.

The latest straw for some was the cynical Gush Katif and Amona perfidies.

Some dropped out after losing respect for authority.

It is some of those youth who are being broken body and soul in the basements of the General Security Service today.
The powers that be need an indictment of the “Jewish terrorists” responsible for the Arab “Duma village” arson and murder. No matter what it takes. They must get their man (or boy). And it had better be a Jewish perpetrator.

Today , yes even today as every day for the last three months, Jewish blood soaked the land as Arab terror stokes daily.Today so far, three times.

The GSS released a video of a wedding where some of these disenchanted youth raised weapons and called for revenge as they celebrated . Some punctured a picture of an Arab baby killed in Duma.
They are campaigning hard for public opinion as information of the terrible tortures leak.
Revenge? Is that a Jewish thing? Now this is a true crisis. Arabs may have been victims of Jews!

The powers that be may have finally created a little monster.
It is all their doing

As Arabs celebrate Jewish babies deaths regularly and no one makes a fuss about it; as Jewish blood of all ages flows in ever widening, rushing rivers.. something has to give. One would have expected it to long ago.

The powers that be have not been able to stop the ever increasing Arab terror . It seems that they do not have a clue as to how to stop the avalanche. Tractors, cars, knives rocks, screw drivers wielded by Arab individuals of all ages and sex have the government baffled.

So turn the screws on the bitter youth in the GSS basements. Show that the country knows how to keep it’s streets safe from enemy number one. 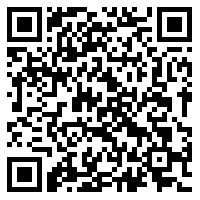