Prime Minister Binyamin Netanyahu is trying to plug the hole Opposition politicians and leftist journalist have dug open to brand national religious Zionists as extremists who thrive on violence and rebellion.

Using the opening of the weekly Cabinet meeting to speak to the public, he said:

I would like to say a few words about the disgraceful video and everything related to it.

I asked that this video be shown to the Cabinet, this is well known. I thought it important to make it clear how much this extremist group, in my view both extremist and fringe, certainly does not represent religious Zionism.

He did not sink to the level of populists and did not name any one, but for the uninformed, Opposition co-leader Tzipi Livni, Yesh Atid party chairman Yair Lapid who also sits in the opposition, and even Likud Defense Minister Moshe Ya’alon have thrown poison darts at the national religious community since the arrests of suspects Jewish terrorists in connection with the arson-murder at the Palestinian Authority village of Duma nearly six months ago.

The media are having a field day. There is no need to look at Haaretz to see what its latest lovers of hate have to write, but Yediot Acharonot, although definitely left of center, also could not resist the temptation to take a hitch on the “hate wedding” and publish an op-ed with the lead stating:

A country which has sent a former president, prime minister, ministers and Knesset members to prison has never had the courage to act against religious leaders who instigate masses and are bringing all of us closer to the edge of abyss.

Livni, Lapid and Meretz party chairwoman Zahava Gal-On know as much about Jews in living in Judea and Samaria as they know about how to win an election. The Yediot op-ed writer, Eitan Haber, knows little more.\

Anyone living in a national religious community in Judea and Samaria for nearly 25 years, as I have, knows very well that the extremists are misfits and super ADHD dropouts for normal society who rebel against anyone trying to tell them what to do unless it is what they want to do.

They are not “masses.” They may be exploited, but they are not being instigated.

Credit must be given to a Haaretz journalist who said more or less the same words on the national religious Galei Yisrael radio station Sunday morning.

Prime Minister Netanyahu is a bit more informed that the knee-jerk Opposition robots who blame the government for everything from the weather to global warming.

Besides trying to tame down the hate-filled vindictive against rabbis and national religious Jews, he also pointed out the obvious differences between Arab Jewish terror, a distinction that is not politically correct in the leftist camps and certainly not in the European Union , the United Nations and the State Dept.

Arab terror attacks us relentlessly and we are fighting it without restrictions. This terrorism is much greater in magnitude; there is no comparison.

Second, there is something else, the government here, and our public, and all bodies and all leaders come out against phenomena of Jewish terrorism. We condemn, they praise. In the Palestinian Authority, public squares and streets are named after them. They pay them salaries.

There is a great difference between Israeli society’s and Israeli democracy’s healthy approach, which disavows, condemns and takes action against terrorism, and the Palestinian Authority which, I regret, encourages and incites terrorism. I suggest that these distinctions be maintained even as we fight terrorism and inciters of whatever kind. 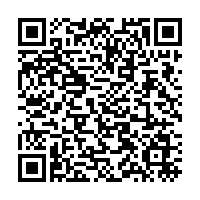