I imagine that if Israel had real peace with its neighbors, it would probably look something like the relationship between Oorah and the officials of Scoharie County in Upstate New York. Oorah, a New Jersey-based Jewish organization, runs summer camps and weekend retreats for hundreds of youths at two campsites in Scoharie County. One of the campsites is located in the Town of Gilboa, while the other campsite is located at what was formerly the Deer Run Ski Lodge, in nearby Jefferson.

County officials recognize the value of having these two campsites in their midst. The campsites offer employment to locals and town revenue, as well. Meantime, the two camps benefit from cooperation with local government and law enforcement officials to keep things running smoothly and to provide a secure environment for the campers they host.


Through the years camp administrators and county officials have developed a deep appreciation for each other. As a result it has become an annual tradition for The Zone Girls’ Division, to hold a luncheon gala for local government and law enforcement officials. This is a big deal for both campers and local officials and a great deal of effort goes into making the luncheon a festive occasion.

This year, there was an extra-special sweetness to the gratitude expressed by Oorah campers at the annual luncheon. During the winter months, thieves nabbed all of the screens and gaming consoles from The Zone II in Jefferson, along with six ATV’s. With the help of security footage from surveillance cameras, Camp Director Rabbi Avraham Krawiec recognized the truck used by the thieves as belonging to a local concern. Rabbi Krawiec tipped off the local police, who managed to track down the thieves and arrest them. Happily, most of the stolen goods were located and returned, as well.

During this year’s annual thank you luncheon, Rabbi Krawiec presented Tony VanGlad, Town Supervisor for the Town of Gilboa, with a donation check of $7,500 to be used at the town see fit. VanGlad thanked Krawiec and mentioned that last year’s donation had been used to make repairs to the Gilboa Town Hall. After the speeches, the campers serenaded local law enforcement officers and government officials with a spirited rendition of their camp song.

Now think about it: Israel gave a huge parcel of land to its Arab residents expelling 8,500 Jews from their homes. Israel trucks goods into Gaza by the tons, not to mention supplying Gazan residents with free electricity and water. But do we get a gala luncheon? A spirited musical presentation by Gazan children? A donation check?

No. We get rockets. By the hundreds. And mortars.

Must be a cultural thing.

In NYC, Winter Storm Stella Brought A Mess But No Disaster

Now They are Going After Jewish Summer Camps 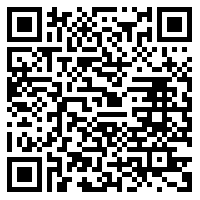