Camp Mesorah is a co-educational Modern Orthodox sleep-over camp sprawling across more than 100 acres in New York State’s Catskill Mountains.  The camp focuses on sports, Torah, Jewish unity and love for Medinat Yisrael. Some people can’t stand that last part – especially any suggestion that the Israeli Defense Forces should be respected and emulated.

Why? Because the IDF, you know, is a military force and if Jewish campers in upstate New York emulate IDF troops while engaging in team-building and obstacle courses, that really is akin to glorifying torture and violence. In fact, “it’s like the Hamas camps.” At least that’s what some non-affiliated busybodies are claiming.

It’s absurd, but that’s how some Israel-denigrators – even Jewish ones – play the game. Even when it comes to attacking a team-building summer activity for Jewish campers.

Founded in 1990, Mesorah hosts approximatly 800 campers throughout the summers, starting from rising fourth graders through the tenth grade. Nearly one hundred of those Mesorahans come from Israel, and the camp has strong Zionist roots. Campers are encouraged to learn about and learn to love Israel, and making Aliyah is viewed as a positive aspiration. As Joseph Stansky, Mesorah’s co-owner, told the JewishPress.com on Tuesday, “many campers have IDF t-shirts and sweatshirts which they bought at novelty shops on Ben Yehudah [Street in Jerusalem].”

A brief visit to the camp’s website reveals hockey rinks and basketball courts, baseball diamonds and tennis courts, a lake for boating, and two shuls, a kollel, learning gazebos and a library. The owners have brought the camp into the digital age with a section on the website for parents and other family members to regularly see pictures and videos of the campers. There are also promotional videos for interested families.

The promotional videos are rolled out one at a time over the course of the post-summer year, in anticipation of the next summer’s season. One video rolled out just after the Jewish holidays this year focused on the camp’s “IDF-Paintball Program,” which shows campers in camouflage gear engaged in an intensive (by American Jewish camp standards) obstacle and team building course. Many of the campers are wearing their IDF t-shirts.

But, according to the camp owners, one person unaffiliated with the camp watched the video. He then attacked the video (yes, an adult attacking a children’s sleep-over camp) on Facebook. Why, the camp dared to glamorize Israeli soldiers! His horror at seeing Jewish children who, at least in exercises, are emulating IDF soldiers who defend the Jewish state from terrorists led to a comparison between this Jewish camp where Torah is taught alongside tennis and ceramics to the Hamas terrorist camps in which children are taught to murder Jewish civilians.

The Facebook ranter, Yehuda Kurtzer of the Shalom Hartman Institute, wrote: “Yes, I believe there is a giant moral chasm between the IDF and Hamas but no – there is not much of a difference between ‘their’ videos which promote violence and hate to their children and ‘our’ videos which glorify the same violence to children.” Really? The same violence?

The Facebook rant led to a few people leaving hate-filled talkback comments on the Mesorah video page. The commenters, camp owners told JewishPress.com, have “no connection whatsoever to the camp.”

“We’re not portraying Tsahal (the IDF) as bloodthirsty, that’s not what we are glorifying,” said Rabbi Ari Katz, Camp Mesorah’s owner, shocked at the association, “we’re proud of the Israeli Defense Forces, and we encourage our campers to identify with the IDF as Jews who strive to protect and perfect our Homeland.”

One would have hoped it would be needless to say, but there is absolutely no demonization of Arabs, or suggestions that Arabs be murdered, or that becoming a martyr by killing an Arab is condoned in the Torah anywhere in the video, yet the Facebook critic suggests otherwise.

Parents were concerned by the comments on the video site, according to a camp representative; they didn’t want their children exposed to the hateful comments. The video was temporarily removed from the Internet overnight and then restored, this time with commenting disabled. But no parents, campers or alumni have had anything but positive feedback about the IDF exercise program itself, Stansky and Katz stated.

“That people who have nothing to do with the camp would compare what we do at Mesorah with the glorification of violence, and who become outraged by Jewish children doing what children at many camps do all over the world, simply because they do it with pride in Medinat Yisrael, was shocking,” Katz said. 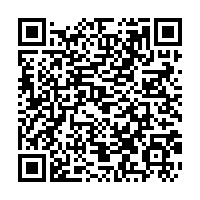