When I was about 12 years old, I got into one of those schoolyard fistfights. Surrounded by a circle of boys cheering us on and hoping for as much blood as possible before a teacher noticed, we threw relatively ineffective punches at each other. I don’t recall many details but I do recall my strategic cowardice: I was afraid to punch the other boy in the face. I fought defensively and punched at his body. Even 60 years later, I’m embarrassed: I was thinking I don’t want to make him really mad.


My opponent was a bully and there would be other fights. The correct strategy would have been to teach him a lesson he would not forget. What was I afraid of? I was already fighting.

Israel’s situation is not exactly parallel, but it’s close. We aren’t afraid of our enemies, but we hold back because we don’t want to make our allies mad.

In the very early morning hours of October 6, 1973 when, after a disastrous string of intelligence failures, it became clear that war with Egypt and Syria was about to break out, Golda Meir finally authorized calling up the reserves. She considered a preemptive strike as well, but decided against it:

In recounting the events of the morning of October 6, Meir told the [Agranat] commission that her “heart was very much drawn to” a preemptive strike, “but I am scared.” In both the cabinet meeting on the morning of Yom Kippur and in previous meetings with Dayan and chief of the General Staff Lt. Gen. David Elazar, she testified to having said: “1973 is not 1967, and this time we will not be forgiven, and we will not receive assistance when we have the need for it.”

Had Israel fired the first shot of the war, Meir testified, the US would have claimed “you started” and, based on her knowledge of the Pentagon, she continued, “I can say with 100 percent (certainty)” that the airlift of arms and supplies would not have been delivered.

Meir was deterred by Kissinger’s warnings not to preempt. But in any event, the US did not begin to airlift supplies to Israel until she placed Israel’s nuclear-capable Jericho missiles on alert.

Today we have allowed Hezbollah to create a massive missile array, embedded in civilian areas, with more long-range and accurate missiles than it had before the war of 2006. We have allowed Hamas to reconstruct  the tunnels that posed such a threat in 2014, and replenish their stock of rockets (and Hezbollah is digging tunnels too). While the IDF has operated on numerous occasions to prevent Hezbollah from obtaining “game-changing” weapons from Iran via Syria, it has nevertheless upgraded its offensive and defensive capabilities greatly since 2006.

Israel has been deterred from preemptively attacking, first by US diplomatic pressure and later by the amount of damage to our home front that Hezbollah and Hamas could do at this point.

Israel is preparing itself to absorb the blow that it expects will characterize the beginning of the next war. This week there will be an exercise of the Home Front Command (what they used to call “Civil Defense” in the US) to simulate the evacuation of 25,000 people from the North and South which will be under rocket attack (and possibly tunnel-borne ground attack) from Hezbollah and Hamas.

What’s wrong with this picture? Of course we need to do these things in order to protect our citizens. But it would be wrong if we come to depend on defensive weapons instead of offensive strategy.

Israel’s traditional strategic doctrine, determined by its lack of strategic depth and small population, has been to deter aggressors with the ability to quickly deploy massive firepower, to attack preemptively if necessary, and to protect its population by fighting short wars on enemy territory.

Recently the IDF has publicly adopted a new strategy, presented in a detailed document released last year, called IDF Strategy. The intention is to deal better with asymmetric warfare, terrorism, cyber-threats, and to keep international pressure at bay. I am not sure how all this will play out, but it does not change the need for a strong deterrent posture.

Maintaining deterrence requires action. Threats not backed by actions lose their potency (as Barack Obama has found out). Allowing enemies to build up their capabilities with only minimal interference makes the ultimate confrontation both more likely and more costly.

Systems like Iron Dome may be quite effective under some circumstances, but they also have a downside: their ability to protect us allows us to ignore the enemy’s increasing capability. Preemptive actions to destroy those capabilities are postponed because we are safe under the dome.

Iron Dome works well – until it doesn’t. The systems are extremely expensive and there can only be a limited number of them. In the event of war, they will need to be deployed to protect military installations as well as civilian areas. They can be overwhelmed by a large number of accurately targeted missiles fired at once. I don’t believe that this has happened yet, but Hamas and Hezbollah are increasing both the number and accuracy of their projectiles all the time.

Emphasis on defensive strategies is also bad from a psychological standpoint. Hamas’ genocidal intent to murder every Jew it can is no less evil than the Nazi extermination program. But when most of Hamas’ rockets are intercepted and few Jews are killed thanks to our massive investments in Iron Dome and construction of shelters, it becomes possible to talk about Israel’s “disproportionate response” to Hamas’ “toy rockets.”

Indeed, the idea that it’s acceptable to shoot at Jews – indeed, also to try to stab them, burn them with firebombs and blow them up on buses – is encouraged when we hunker down and defend ourselves while not seriously striking back. Israel has responded to Hamas rocket attacks by bombing empty buildings. We jail terrorists instead of executing them. These are punches to the shoulder instead of the jaw.

The way to deter terrorism, whether it takes the form of asymmetric rocket warfare or decentralized murder incited by the enemy’s leadership and media, is to show them – by means of deliberately disproportionate response – that we won’t take it.

Let me relate another childhood incident. A different bully teased me unmercifully for months. Finally, my anger overwhelmed my cowardice, and I picked up a wooden beam and tried to bash his brains out. Luckily for both of us I didn’t succeed, but that bully left me alone from then on.

What worked in the schoolyard can also work in the Middle East.

5 Life-Changing Lessons From the Super Bowl

And Jacob Was Left Alone… Lessons from Parshat Vayishlach 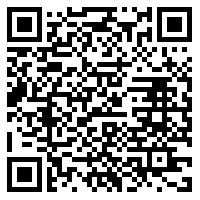