On the evening of March 7, a unique Purim-related event was held at the World Mizrachi Center in Jerusalem, under the auspices of Telfed, the South African Zionist Federation (Israel). The event, entitled “Miracle of Purim 1953,” focused on the events surrounding the mysterious circumstances of the death of the Soviet leader Josef Stalin who collapsed on Purim March 1 1953 and passed away 4 days later. And so, possibly for the first time in recent years, the event, organized by Larry Feffer and Les Glassman, and ably moderated by Steve Linde, former chief editor of the Jerusalem Post, succeeded in bringing vividly home to the rapt audience, with the notable presence and testimonies of famed Prisoners of Zion Dr. Dan Roginsky, Yosef Begun and Rabbi Yosef Mendelevich, and with the aid of slides and screened interviews, including one with Natan Sharansky, the highly charged emotions of those dramatic and crucial days in the Soviet Union dominated by the person and fate of Stalin. Larry and Les will be putting the entire event on the Youtube for the general public to appreciate.


Here now is Larry Feffer’s description of those momentous days:

Purim 1953: When a Haman of our time collapsed

Stalin got a stroke and collapsed (possibly assisted by his inner circle) on March1, 1953, during Purim. He died shortly thereafter on March 5, 1953.
In 1948 he supported the establishment of Israel in the UN and even allowed or instructed by then Communist Czechoslovakia to provide arms and military training for Israel’s War of Independence. He assumed or hoped that the then Socialist Israel would turn into a Soviet colony, just as the previously colonized Eastern and Central European countries after World War II. Israel didn’t become Bolshevik…

For this and other reasons, in 1948 the Soviet Union launched a series of show trials and executions, including those of members of the wartime Anti-Fascist Committee, Soviet Jewish writers, and later Czechoslovakia’s Jewish Communist leaders. In 1952/early1953, under the leadership of dictator Mátyás Rákosi (Rosenfeld), Hungary’s Jewish/Zionist leaders and others were arrested and tortured in preparation for show trials. They were falsely accused of murdering Raoul Wallenberg in 1945 and spying for the “Imperialists” and “Zionists.”

Preparations coincided with the infamous “Doctors’ Plot” in the Soviet Union, when a group of mostly Jewish doctors were accused of planning to murder the Soviet leadership. Gradually, an increasingly antisemitic atmosphere was orchestrated, and many Jews lived in fear especially in the Soviet Union. Some historians write that Stalin’s plan was to execute the doctors followed by massive deportations of Jews in the Soviet Union possibly accompanied by pogroms – with similar anti-Jewish actions possibly in Hungary and other Soviet colonies.

Eight years after the Holocaust, the Jewish people and the free world were again in great danger, this time from Hitler’s one time ally, whose leadership of International Communism resulted in the loss of an estimated 94 million lives.

Many free world “intellectuals” and “humanists” became Communists or Communist sympathizers and mourned Stalin’s collapse and his death. This included numerous kibbutzim in Israel, where the annual Purim celebrations were cancelled, the radical-left movement newspapers were mournful and confused about how to report the collapse and subsequent death of the movement’s god, whom they viewed as the leader of the “peace camp” and the “sun of the nations”.

When free world “idealistic” believers were asked how they could support a murderous system like Communism and a mass murderer like Stalin many apparently responded:

“When you make an omelette you have to break the egg”, and
“When you cut down a tree there are wood shavings”

Jews and the world were saved from a modern day Haman during Purim in 1953.

Stalin’s death was the first major earthquake in the world’s Communist dictatorship, followed by a series of aftershocks which led to protests and revolutions in East Germany, Poland, Hungary and Czechoslovakia and later to the collapse of the Berlin Wall, the Iron Curtain and the Soviet imperialistic empire.

And finally, to give a literary flavour to the evening, David Herman’s memorable poem, “The Three Hamans”, was circulated among the members of the audience.

Haman, Hitler Stalin
Gallows, Gas, Gulag
Each in his way tried
To plot the Jewish genocide
But on Purim and Pesach
They miraculously died
And in spite of all their efforts
Our people have survived.

In the Purim Megilla
We read how Haman the killer
Plotted on a certain date
All the Jews of Persia to exterminate
But thanks to brave Queen Esther
And her uncle Mordechai,
Haman and his sons on the gallows high did hang
And the Jews of Shushan rejoiced and sang
And Purim to this very day we celebrate
May all our enemies meet the same fate.

Now Hitler to go one better than Haman did decide
I have the Final Solution he cried
I’ll gas them, burn them, was the monster’s design
Till the whole world is Judenrein
And six million innocent lives were lost
In Haman Hitler’s Holocaust
And yet thousands more were saved
By a band of Jews and Gentiles brave
Who fearlessly rose up to face
The heartless thugs of the Master Race
Until Hitler finally met defeat and died
Just after Pesach 1945
And the Jews from Nazi slavery released
At last found respite and peace.

With Hitler gone, a new Haman came,
Comrade Stalin was his name.
Under Communism’s cruel thumb
The Jews of silence were struck dumb
Their faith forbidden
In the vast Soviet prison
And prey to fear and persecution
In Stalin’s nightmare world of Gulag and KGB
Where Wallenberg and untold millions disappeared
And no Wallenbergs appeared
To rescue them from the blood red fire
Of the CommunistEmpire.

Zionist trials, executions and the Doctor’s plot
Were the prelude to the plan of the evil despot
To get rid of the Jews once and for all

But on Purim 1953 Stalin the Soviet Haman collapsed and soon after died
And the Jews , and many others beside,
Were saved from possible genocide.
And not a single Jew did cry on that joyous Purimfest
When Comrade Stalin at long last was laid to rest. 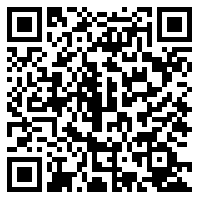