President Donald Trump on Friday plans to call Palestinian Authority Chairman Mahmoud Abbas for the first time, according to the official White House schedule. The phone call will take place at 12:15 P.M. EST.

“Later in the morning, the President will speak with President Mahmoud Abbas of the Palestinian Authority by telephone,” the White House release stated on Thursday.

It would be Trump’s first conversation ever with Abbas, following months during which Palestinian Authority officials have been unable to establish contact with the new Administration.

The president’s diplomatic adviser and special envoy to the Israeli-Palestinian peace process Jason Greenblatt is scheduled to meet separately with Abbas and Prime Minister Netanyahu.

Abbas’ phone conversation comes after the president has spoken with the leaders of Egypt, Saudi Arabia, the United Arab Emirates and most of the other Arab countries, and a personal visit by Jordan’s King Abdullah. Trump will follow Friday’s call with a lunch meeting with Secretary of State Rex Tillerson.

According to Ha’aretz, on Thursday, Abbas met in Ramallah with a 30-member delegation of the Union for Reform Judaism. In the meeting, which included the next PA ambassador to the US Husam Zomlot, Abbas told the delegation that he was interested in improving and deepening the Palestinian Authority’s dialogue with the Jewish-American community, since both he and they believe “the continued Israeli settlement activities are illegal and undermine the two-state solution.” 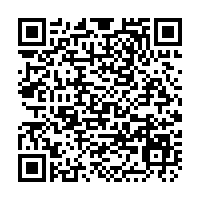