Anyone who follows the Long Arab War against the Jews of the Middle East knows about the harassment of vocal pro-Israel professors on western university campuses, including in the United States.

As I wrote in a piece last summer:

Professor Andew Pessin is a Professor of Philosophy at Connecticut College.  He studied at Yale and earned a PhD at Columbia University.  He is the author of five books, including most recently Uncommon Sense: The Strangest Ideas From The Smartest Philosophers.  He is also friendly to the Jewish State of Israel and in opposition to political Islam for reasons having to do with social justice and human rights.

Pessin, as you will recall, took a beating on his home campus for daring to disparage Hamas. Meanwhile, at San Francisco State University, professors Rabab Abdulhadi and Trevor R. Getz have partnered with what is perhaps the most racist university in the entire world, An-Najah National University, in the Palestinian Authority controlled town of Nablus. and nobody even blinks.

The ADL has this to say about An-Najah National University:

An-Najah University, in the West Bank city of Nablus, has been a flashpoint in the conflict between Israel and Palestinians since at least 1980, when violent anti-Israel protests led the Israeli military to close the school intermittently. Today the student council of An-Najah is known for its advocacy of anti-Israel violence and its recruitment of Palestinian college students into terrorist groups. The council, almost completely controlled by factions loyal to Hamas, Islamic Jihad and Fatah, glorifies suicide bombings and propagandizes for jihad against Israel. Hamas has described An-Najah as a “greenhouse for martyrs.”

Yet San Francisco State University supported Abdulhadi, while Connecticut College turned its back on Pessin. Is this the sad condition of American campuses these days? Supporting a genocidal organization like Hamas is A-OK from a progressive-left viewpoint, but supporting the lone, sole Jewish-democratic country in the entire world is verboten and considered illiberal?

Well, I am pleased to see that Professor Pessin, is well-liked by most of his students, one of whom wrote this:

actually the best professor at conn. intensely passionate about the subject matter and works exceptionally hard to make sure his wording is precise and his arguments are clear. will go out of his way to help, he read 8 drafts of one of my essays. take pessin’s classes if you want to learn rigorous (real) philosophy.

Aside from garnering the support of some very well respected colleagues at nearby universities, such as Richard Landes of Boston University, and successfully high-lighting the issue of anti-Jewish support for genocidal terrorists on American college campuses, he has also started up his own venue which he calls The Unabashed Zionist.

“Because an unabashed Zionist is better than a bashed one.”

In a recent piece by Noah Beck of the Algemeiner we learn:

A pro-Israel professor won’t be on campus at Connecticut College when classes start Monday, missing the second straight semester since his 2014 Facebook post criticizing Hamas led to death threats and ostracism.

Andrew Pessin “requested and received a sabbatical for the Spring semester to continue his studies in Jewish philosophy and Israel studies,” Connecticut College spokeswoman Pamela Serfes said in an email last week. “He has been and continues to be a valued member of the Connecticut College faculty.”

The vague and misleading response glosses over the intensity of the campaign against Pessin — he first took a medical leave last spring as a smear campaign against him was at full throat. The controversy exposed an administration unwilling to enforce its own honor code to protect a professor against anti-Israel activists and a student journalist responsible for covering the very controversy she had joined.

It seems to me that those of us in the pro-Jewish / pro-Israel community need to stand up for this guy… which is why I am writing this piece.

Check out The Unabashed Zionist and lend your vocal support to Professor Pessin who did nothing more than disparage Hamas, an organization in great need of disparagement from decent people everywhere.

In the Hamas Charter we read:

Within the circle of the conflict with world Zionism, the Hamas regards itself the spearhead and the avant-garde. It joins its efforts to all those who are active on the Palestinian scene, but more steps need to be taken by the Arab and Islamic peoples and Islamic associations throughout the Arab and Islamic world in order to make possible the next round with the Jews, the merchants of war.

The next round with the Jews.

This document is nothing less than a call for the genocide of the Jewish people within living memory of the Holocaust, yet Pessin gets called to the carpet for strongly disagreeing.

I have tended to be critical of San Francisco State University because it is one of the most racist universities in the entire country, but Connecticut College made an exceedingly bad decision when that administration refused to stand up for Dr. Pessin.

May he find greener pastures elsewhere. 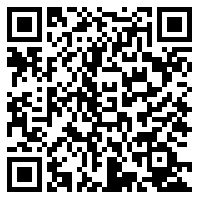