In recent times, many of my American Jewish friends have voiced that they view living in Israel to be a bad thing because one cannot live at as high of standard of living in Israel like one can live in the United States. They point out the fact that they live in nice big homes with gardens with only one spouse working, while both my husband and I need to work very hard just to live in a three bedroom apartment and that is despite the fact that we both have masters degrees.

I cannot argue with them that the salaries are higher in the US and that for me, a big house with a garden remains a dream that I probably won’t realize for the foreseeable future. Nevertheless, despite this fact, I insist that I don’t regret that I made Aliyah to Israel. There are other measurements that people should take into consideration when choosing to pick a country to live in. Having the chance to own a big lovely house with a garden, while only one spouse works is merely one consideration; it is not everything.


Unlike in the United States, healthcare is essentially free in Israel. This is critical. I had a precancerous tumor in my left ovary. It needed to be removed so that I would not develop ovarian cancer. In Israel, I paid nothing to have it removed. Except for one specialist that I chose to see privately, I did not invest a single shekel in getting the tumor removed. It was all covered by the Israeli government under the country’s socialized healthcare plan. I could have been unemployed and still paid nothing.

In the US, if you are not lucky enough to be employed at a place that provides you with decent medical insurance, removing a precancerous tumor can cost between $7,000 and $15,000, if not more. This does not even include the doctors’ checks before the tumor is removed. Even visiting a dentist for a routine check-up without having to remove cavities can cost $600 in the US with good medical insurance, so doctors’ visits such as these are even more expensive and for even the wealthier Americans with good insurance, those visits may or may not be covered under their plan. For an American without a decent salary, needing this kind of surgery could crush them economically.

Right now, I am pregnant. Giving birth and almost all of the doctors checks leading up to the delivery are free in Israel. The country even provides pregnancy nurses to guide young mothers through the pregnancy, to make sure that they aren’t doing any mistakes. After a woman gives birth, there is Tipat Halav to guide young mothers with raising the children, which significantly helps and is also free.

However, to give birth in the United States is extremely expensive. According to the Washington Post, the average cost for pregnancy, newborn care, and a regular delivery amounts to $30,000. If you are unfortunate enough to need a C-section, it can cost $50,000. Even with insurance, you will pay between $18,329 and $27,866, the Washington Post reported. Additionally, nothing equivalent to Tipat Halav and a pregnancy nurse provided by the government exists.

Given these statistics, I feel that it is not worth it to live in the United States, just out of the hope that potentially I could get a job in my field where I can earn more money and live at a higher standard of living. Given the high unemployment rate among young people in the US compared to Israel, the chances that I would be one of the lucky ones to get the good paying job in my field is slim. In Israel, the unemployment rate for people between age 20 and 24 stands at around 11%, while for Israelis between age 25 and 29, only 7.5% were unemployed, Haaretz reported. But according to the US Department of Labor, only 51.6% of young Americans are employed. However, the statistics don’t tell the full story of the problem in the US. So many recent college graduates in the US in their twenties are stuck in unpaid internships and/or low-paying unskilled jobs. 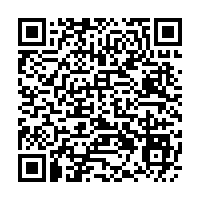