The two would-be attackers were hiding three pipe bombs, several knives and a gun while trying to pass through a checkpoint near the Tapuach Junction.


Police officers became suspicious of the pair, both in their twenties, when one seemed nervous about his bag.

“Two young Palestinians arrived at the bus stop near the Tapuach checkpoint, and I notified two officers who were stationed nearby. The officers approached the suspects in order to examine them, and they initially said they were headed to Ramallah. At that point, one of the suspects pulled out a gun and directed it towards one of the officers,” checkpoint commander First Sgt. Almog Ohana told Hebrew-language newspaper Yediot Acharanot.

In response, a Border Police officer released the safety catch on her weapon while a second officer knocked the gun from the terrorist’s hands.

One of the suspects had refused to open a black backpack he was carrying. The officers noticed there were wires sticking out of the bag and immediately cleared the area.

The officers summoned the bomb squad to neutralize the explosives, and transferred the two suspects to security personnel for further interrogation.

Security in and around Judea, Samaria and Jerusalem has been tightened for the upcoming Jewish holy day of Yom Kippur and the Muslim celebration of Eid al-Adha (Festival of the Sacrifice.)

The crossings into pre-1967 Israel from the Palestinian Authority will be closed effective midnight Thursday night until midnight Saturday night and security will be raised in communities and synagogues around Israel. 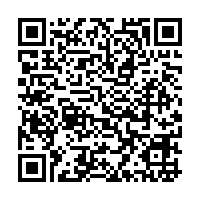