Today, Israel claims Jerusalem as its undivided capital. The Palestinians say they want the eastern portion, including the Old City. How do we weigh each side’s claims?

Critical to understanding why Jerusalem is so important to Jews, especially Israeli Jews, is an explanation of the events of 1948 and 1967.

In 1948, after Israel declared independence, eastern Jerusalem, including the Old City, was conquered by the Jordanian legion.

A Jewish community had been residing there for generations. The Jordanians destroyed it, killing many of the Jews. The survivors were marched out of their homes at gun point. Synagogues were burned to the ground. Gravestones were dug up and used to pave roads while the area in front of the Western Wall became a garbage dump.

No Jew was allowed to enter the eastern part of Jerusalem. Only after Israel was attacked in 1967, was the area liberated and the city reunited. There is simply no other accurate way to say this. For thousands of years, the only time that the city had been divided was those nineteen years between the two wars.

This is the context that the media usually omits. Yet one cannot understand Israel’s position without it. President-elect Trump has declared that he supports Israel’s position. Is this just political posturing or is it based on a solid argument?

“Jerusalem’s status won’t be as easy to settle as other real estate deals. Here’s why.”

The article above was published as an op-ed in the Washington Post by Professor Brent E. Sasley, an associate professor of political science at the University of Texas at Arlington. It is not the first and will definitely not be the last attempt to explain to the public why Jerusalem is so important to both Jews and Muslims.

Sasley explains the religious reasons behind Jerusalem’s importance to Jews. Yet here’s how he describes what happened in 1948 and 1967:

After Israel was established, it held only the western portion of the city, while Jordan controlled the eastern part, which included the Old City and the most important holy sites. But Israel captured the entire city during the 1967 war. Nationalism that mixes both secular pride and religious messianism quickly spread across the Israeli political spectrum, so that even many on the left insisted that Jerusalem must not be given up.

After Israel was established, the Jordanians conquered the eastern part of Jerusalem. The way he describes it, each side simply “held” and “controlled” half the city. He omits the fact that during the 1967 war, Israel was attacked and only ended up reclaiming the area in a defensive war. He leaves out the systemic destruction of the Jewish community during the time between Israel’s founding and that war. This is the reason that Israelis insist that Jerusalem never be given up again.

Unfortunately, the media usually describe the current issue of Jerusalem without the proper context. A leading correspondent for a major media company wrote to me that his view on Jerusalem is that basically “Israel has it and the Palestinians want it.” But that is not enough. Readers must know why Israel “has” it and what happened when Israel “lost” it.

Without giving Jerusalem’s historical context, Israel’s claims appear weak. If Israeli control is simply a result of military aggression, then it is not surprising why so many see the Israeli position as something illegitimate.

The question that should have been asked is not why is Jerusalem important to Jews, but rather why Israelis cannot give away what is called “Eastern Jerusalem.” Simply put, today — under Israeli control, Muslims, Jews, and Christians, live and pray in Jerusalem. When it was under Arab control, Jews could not even visit.

So while I commend Sasley for asking the right questions, by leaving out the specifics of 1948 and 1967 he brings readers no closer to the truth.

Read more at The Center for Analyzing Media Coverage of Israel. 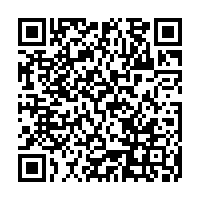