Did Secretary John Kerry actually think that his presentation of his vision of the parameters of how to achieve peace between Israel and her neighbors will actually lead to a peace agreement?  Of course not. President elect Trump largely ran a campaign promising to dismantle as much of Obama’s legacy as possible.  Particularly when it comes to actions by the lame-duck administration that are designed to box in the president-elect, you can bet that Trump will be ‘bigly’ focused on countering those moves.   So what could Secretary Kerry conceivably hope to accomplish with his ‘Mideast parameters’ rant?

Is it that this was Kerry’s last time to lash out at his nemesis, Israeli Prime Minister Benjamin Netanyahu?  He tried to have him defeated in the Israeli elections in 2015 (what?! a Democrat administration interfering with an election in a foreign country?).  Was he just trying to formally blame Netanyahu for being the obstacle that prevented him from winning the Nobel Peace Prize?  Maybe, but that is a bit too simplistic.


Throughout his tenure as Secretary of State, Kerry demonstrated a complete lack of understanding of international diplomacy.  He has managed to convince himself (and his cheerleaders) that every one of his colossal failures was actually a success.  All one has to do is look around at Kerry’s misadventures in the Middle East – from trying to rehabilitate Bashar Assad as an international leader in good standing (while still in the Senate), to the Iran Nuclear Deal, to the $150 Billion in ransom money handed to Iran.  Regarding Israel, his utterly predicted failure in his 2013-14 shuttle diplomacy (which quickly mutated into bullying of Israel and a pretext for the de-legitimization of Israel) was his highest profile of many failures.

Kerry’s hubris merely crystallizes his impotence on foreign policy particularly when it comes to the Middle East. I don’t think he hates Israel or is anti-Semitic. He probably feels that his actions will or would have protected Israel. Yet once again his arrogance and refusal to consider that he could be wrong got the better of him.  In his 70 minute farewell speech – not once did he acknowledge that he may have made some mistakes.  And considering neither of the parties involved (Israelis or Palestinians) have accepted his template to Middle East peace that is a remarkable amount of dissonance.

By giving his lame duck speech today he is literally baiting the new Trump administration to obliterate the Obama-Kerry-Clinton foreign policy legacy – demonstrating that his focus is been less about achieving a peaceful resolution to the conflict and more about creating the posture that he is foreign policy martyr.  There is nothing more gratifying a left=wing politician than to be targeted by Donald Trump.  And you can be sure that Kerry will draw the ire of Trump – a heartwarming development for any left winger.

However, maybe we should give him the benefit of the doubt.  It is possible that deep down Secretary Kerry knows how flawed his approach has been. Maybe he recognized that only Trump has the political chutzpah to uproot all the foreign policies that he had advanced.   And only by completely obliterating Kerry’s foreign policies, will Trump have the roadmap to make America great again. 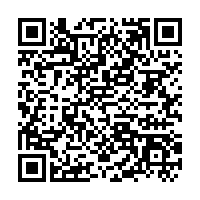