I only recently saw Argo, which won “Best Picture” at the Academy Awards last night. As a whole, it was a decent movie, and it brought to light the true story of individual’s who took personal responsibility and risk above the call of duty and even in defiance of orders – and saved lives.

But the film’s opening narration reads like a textbook Obama must have read in college and then reread as a refresher before getting to work on the speech he gave at Cairo University at the start of his presidency.


The part of the narration that really got me was the statement, “[t]he Iranian people took to the streets outside the U.S. Embassy” to demand the U.S. give up the deposed Shah so he could be tried and hung.

No, it was not terrorists, militants, or radical Islamists who stormed the U.S. embassy in Tehran, but “the Iranian people.” Really? Were all Iranians there? Did they all support it?

My experience as a political activist is that large groups of people don’t spontaneously appear anywhere. Someone needs to organize it – even if it’s incredibly popular, which in the Muslim world, attacking Western embassies and other acts of barbaric murder seem to be – someone needs to tell people to show up at a certain place at a certain time. And if something else aside from a protest is going to happen, there is going to be an individual or group of individual’s intent and direction behind it. It is ludicrous to claim that an entire nation was so outraged that a mob spontaneously formed to commit acts of violence at a particular spot.

(See this article by an Iran expert describing how it was a group of radical Islamists were behind it, how the public at large were probably against it, and how the radicals used it to help seize power).

But today’s leftist-multicultural-Arabist view is that every anti-American act, including murder and terror, is the righteous anger of the an aggrieved people  as a whole, but when the American people in the righteous anger demand justice or vengeance – that is the ugly American idiot rearing his head.

So while even Carter at the time of the hostage crisis was characterizing the incident as “terror” and “blackmail” on the part of the Iranian regime,  in the new version of things, it was the people as whole behind the affairs, no matter how impractical that actually is.

When this perspective is brought to bear in current events, where the Islamic revolution that took place in Iran has since spread the rest of the region, Islamists and terrorist acts excused and legitimized. So for instance, when the American ambassador to Libya and other embassy staff were murdered today, U.S. administration officials spent about two weeks claiming this was done by some spontaneous mob outraged over an anti-Islamic video created in the United States.

And in this view, Islamists – who seek to impose Islam, and their strict form of it, on the rest of the population, and who back directly or indirectly terrorism against Western countries – are viewed as legitimate leaders to be respected if they win one election, regardless of what they did to win or how they stay in power afterwards.

This is the view that is spreading from the leftist professors to the U.S. presidency, to the various executive departments, and to the people themselves through cinema. It’s aim is to cause the U.S. to either feel too guilty to pursue and protect its interests and promote its values abroad, but that it should instead, through foreign aid, supplying weapons, extending legitimacy, assisting in regional goals, feed the beast that hungers for the extinction of the American world order. 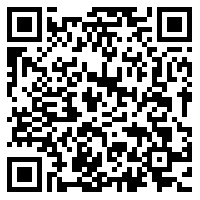