In a larger party, however it means a leader, a secretariat or central committee will choose the slate. The public will not be familiar with many of the candidates, and won’t be voting for the slate based on the candidates, but on it’s brand name or because they want to empower the party leader in negotiations for government formation and throughout the term of the Knesset.

In the best case scenario, the party chooses its candidates in an open primary which is relatively easy to manipulate – as I described above. In addition to the deal system, the rules of the primary can also affect the outcome to a great deal. For instance, the date of the primaries, who is eligible to vote, for how many days or until how late at night will voting booths be open, whether there are special spots for new candidates, for candidates from a certain demographic or district, what are the criteria for running on such special spots and where will they fall out on the party list – all these can determine the success or defeat of a candidate.

This system and not lack of human rights protections or attention to the problems of this or that minority sector is the fundamental flaw of Israel’s democracy. Unfortunately, it is one which the public hardly pays any attention to, in part because it has been this way for so long and in part because the multitude of parties provides the illusion of having a real choice.

There are two solutions to fix the system: The first is to adopt a district-based electoral system, at least in part. In a district system, power is more decentralized. Vote-contracting in one district does not directly lead to influence in another. It also means that the main contest is not in the primaries, but in the general elections, where each party fields one candidate, making that candidate accountable to, and a representative of, the voters in his district. Of course he must make alliances with powerful players and interest groups – that’s politics – but at the end of the day, a large pool of voters will decide his fate. This makes him accountable to the people above the party.

The second solution is to have more public involvement in political parties. The more people are registered to parties the harder it is to for vote contractors to manipulate the numbers. If there were 500,000 Likud members instead of 120,000, a vote-contractor with 2000 members would no longer be a kingmaker.

But whatever internal party policy or law is passed nothing can substitute for a vigilant public that fulfills its civic responsibility: to know the candidates and issues, to think for itself, to take part in political activities and to show up to vote. Only that can break the deal system and create a more democratic, representative and accountable governing system where vote-contractors are a thing of the past. 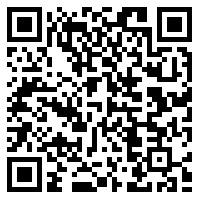