“What’s the Matter with Kids Today”. That is the title of a song sung by actor Paul Lynde from the 1960s musical Bye Bye Birdie.  Whenever I see a story like the following one, it makes me think of that song.  But not in good way. In fact it kind of makes my blood boil. I don’t think it is a problem with all teenagers. But it is a problem with more than a few. Once again a great Chilul HaShem was made. And it isn’t just about those kids. It’s about the parents and schools too.  More about that later.

As reported in both the JTA and Ha’aretz – a few members of a group of about 100 seniors at Yeshiva of Flatbush who had a bad case of ‘senior-itis’ acted like a bunch of Behaimos (animals) aboard and aircraft about to takeoff. Instructions by the flight attendants to sit down, put away their cell phones, and pay attention were ignored. That was followed by the pilot who gave them the same instructions. This too was ignored.  This not only caused a disruption, it ended up with the entire group being ejected from the aircraft.


Then came the predictable defense of these students from a school administrator:

“Preliminarily, it does not appear that the action taken by the flight crew was justified”

That’s nice. Not only is this a bad response, it almost sounds as if he was justifying the behavior.  It is kind of like saying… Come on… Give me a break! These are just kids having a good time. 100 kids on board a flight to Six Flags? What do you expect? Choir boys?

This attitude is indicative of the problem. Instead of reprimanding these young people for causing a Chilul HaShem, he points to the airline as over-reacting.

You know what? It doesn’ t matter if they over-reacted. This kind of behavior is never justified and should never be defended. Airlines are not in the habit of throwing people off of airplanes – unless the behavior is so disruptive that they feel it might endanger the flight. Maybe they over-reacted. Maybe not. But a group of obnoxious Orthodox teenagers  being thrown off of a flight was certainly not a Kiddush HaShem no matter how you slice it.

I am disappointed in those kids for acting as they did and then compounding the problem by crying ‘anti-Semitism’ or saying  ‘They treated us like we were terrorists’. They should have instead apologized for their behavior. Certainly the school should have. And then reprimanded those students for their behavior – perhaps even canceling their trip!

Are we acting according to our mandate to be a light unto the nations? That should be on the mind of every single Jew every single moment of the day. I know that we can’t always live up to those noble goals. Orthodox Jews are human and make mistakes just like everyone else. But there is little more important than preventing a Chilul HaShem. When a Jew wears a Kipa – or anything else that indicates his religiosity – he is a representative of his people – God’s chosen people – the Jewish people.

I am a believer in personal responsibility and therefore the teens who behaved so badly deserve to be called out for what they did. True they probably did not deliberately set out to misbehave. They probably didn’t even think they were doing anything wrong. They were so in to themselves that they were oblivious to everything else… to the point of not paying attention to several warnings directed specifically at them, by the cabin crew and the flight captain. It is understandable that they were all excited about this trip. That should be taken into consideration. But once they were addressed by the cabin crew, they should have had the sensitivity to immediately stop what they were doing,  pay attention, and follow instructions. There is no defense for not doing that.

But the problem is much more complex than that just assigning blame to these teenagers. The lack of Midos development is a societal problem that is not being properly addressed. This  means that more Mussar needs to be taught and emphasized in the schools. More importantly it needs to be role modeled to them by faculty and administration alike. They need to behave the way they want their students to behave.

However, Chinuch begins in the home. If one’s parents don’t live these Midos, their teenage children will hardly live it themselves – no matter what the school teaches.

It therefore important for us to never act up in the public square, even if we feel we have the right to do so – unless there is something very serious that needs addressing. Like a violation of religious rights for no special reason. That demands an appropriate response. But I can’t tell you how many times I have been embarrassed by a fellow Kipa wearing Jew on an airplane making a complete nuisance of himself by making numerous and constant demands on the cabin crew as though they were their personal slaves.  Their young children see that and end up behaving the same way as adults. That kind of behavior needs to change.

These young teenagers need to learn this lesson now – if they haven’t yet. I would hope that the principal of their school spends the rest of the school year (if there is any left) educating these seniors on the importance of making a Kiddush HaShem instead of a Chilul HaShem. I would hate to see anything like this ever again. 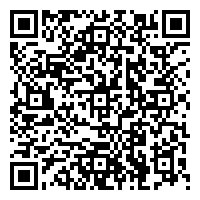