Her name is Talia Mashiach. And indeed she does have it all. And I was glad to see that she didn’t Kvetch about how difficult it is for her to fulfill her role as a Jewish woman and have a successful career at the same time. She seemed to revel in her success at both. More about Talia later.


This is not to say that Ms. Mendelsohn doesn’t make some valid points. She does. But whenever I read one of these feminist based articles, it always seems like someone is Kvetching about how hard it is for a woman to be successful in a male dominated society in general and in Judaism in particular.

Ms. Mendelsohn mentioned the things she has to do in order to be more fulfilled as a Jew while raising children. Like taking turns with her husband going to Shul for Kol Nidre in alternate years. She talks about breaking barriers of stereotypical male-female roles in the workplace and in Judaism. To that end she advocates flextime for parents in the workplace to enable better parenting for both.

And then – as is common among some feminist types – she implies that Rishonim like the Avudraham and later the Shulchan Aruch that reflect his views were influenced by the misogyny of their time. Albeit praising them for recognizing that indeed no one can really have it all – which is why in Judaism women are exempt from most of the time bound positive Mitzvos.

However, in the current spirit of egalitarianism she says that women should be given greater roles in the synagogue while men should be encouraged to become more domestic. Kind of a role reversal.

Right. That is what Judaism is all about. Role reversal. I have heard this argument ad nauseum. Is this what is now demanded?! In order to achieve some sort of parity with men, women need to go to Shul while men stay home with their children?! I guess so if one follows the example of the Mendelsohn household. This seems to be the current trend in Orthodox feminism. Push the envelope so far that men take on the traditional roles of women so that women can take on the traditional roles of men… All within the parameters of Halacha of course.

I am not even going to attempt to argue the point here. Been there and done that. I just want to contrast that with a woman who probably has more of what Ms. Mendelsohn seeks than she ever will and does so without the need to change Orthodox Judaism as we know it.

At age 35, Talia Mashaich is a self-made millionaire. She has created many successful businesses and is about to corner the market on corporate event planning by digitalizing every aspect of it online. Her business acumen has attracted some big name venture capitalists and they have not been disappointed with the returns on their investments. She loves what she does and is highly respected in the corporate world. She does what’s necessary to succeed without sacrificing one iota of her Judaism. She has made sure of that.

As her husband Shmuel said in the Tribune article, she is as good a mom and wife as she is in business.

Talia organizes her schedule so that she can be home by the time her children come home for school. Fridays she generally works out of her house. Evenings are spent with her family. She hires household help to take care of cleaning and cooking allowing her to maximize her time with her family.

Weekends are hallowed time for the Mashiachs and on Shabbos they often host friends and family for Friday night and Shabbos morning meals. And of course she is unplugged from all technology. That – she says – rejuvenates her for the new work week.

She does it all without Kvetching about how Judaism has somehow failed women spiritually.

Before anyone accuses me of being insensitive to those women who feel they need “more” in order to express their spirituality than mainstream Orthodoxy gives them, please don’t bother. I get it. Some people (men as well as women) feel they need more to express their service to God than Judaism requires of them. My point here is that this is certainly not the case for all. Jewish women need not seek Shul participation in order to be fulfilled as a Jew or as a woman. Ask Talia.

That said Talia freely admits that what she does is not for everyone – certainly not everyone has her skill set. But she is living proof that an Orthodox Jewish woman can indeed have it all. Without the need to eat, live, and breathe the feminist clarion call of egalitarianism. There was not a hint of that in this very beautiful article in the Chicago Tribune.

At age 35 she has succeeded in business in ways that would make many even successful men envious. If things keep going her way, she could be the next Mark Zuckerberg. All while maintaining her role as the quintessential Jewish woman without sacrificing one iota of her Judaism. My hat is off to her.

*(Unfortunately one must be a subscriber to the digital version of Chicago Tribune to see the article online. But it is a front page story in the business section – print edition.) 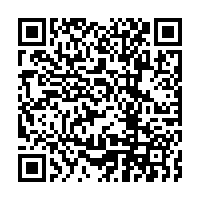